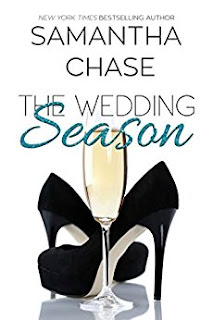 The Wedding Season
With the proverbial "Always a Bridesmaid and Never a Bride" becoming her new mantra, Tricia didn't know how she was going to survive this year's round of weddings. Six of them this summer alone! In an attempt to ward off the pity-party, her best friend Sean gives her the perfect solution to help her get through - he'll pretend to be her boyfriend. While not certain that was going to be of any help, Tricia's knows it also won't hurt.  When circumstances beyond Sean's control keep him from coming home to Tricia's aid, he sends his brother Ryan in his place. Four years older than his brother and his best friend, Ryan isn't sure why these weddings are such a big deal. He's also not sure of what the exact nature is of this relationship between Sean and Tricia. And that's becoming a big problem because the more time he spends with Tricia, the more he realizes that she's the one he wants to plan a wedding with.
Kindle Price: $0.00
Click here to download this book. 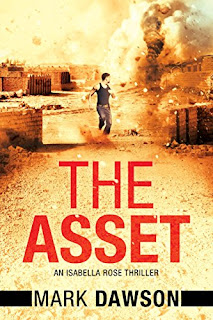 The Asset
Isabella Rose, the Angel, is used to surprises, but being abducted is an unwelcome novelty. She’s relying on Michael Pope, the head of the top-secret Group Fifteen, to get her back. When ISIS get involved, the situation becomes even bleaker. Isabella’s abductors are in turn abducted, and she finds herself trapped in Raqqa, the capital of the self-styled caliphate. Meanwhile, Pope has problems of his own: a new danger has emerged from the shadows and is threatening both him and his family. His only option is to head for the war-torn border of Turkey and Syria—a murderous, lawless place where potential enemies lurk around every bombed-out corner. Pope knows that he is risking everything to find Isabella, but finding the Angel is not a choice—it’s a necessity.
Kindle Price: $1.99
Click here to download this book.
Posted by Joisel at 12:00 AM