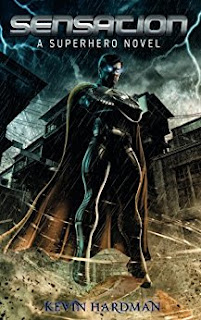 Sensation
Like millions of other kids, Jim grew up wanting to be a superhero. Unlike most of his contemporaries, however, Jim actually had the goods: a plethora of super powers that would have been the envy of any meta on the planet. But when his tryout with the Alpha League - the world's premiere group of supers - goes disastrously wrong, Jim basically becomes an outcast. Two years later, Jim is still bitter about what happened to him. However, he soon finds himself the centerpiece in an odd turn of events that gives him a second chance at his dream. But nothing is as easy as it sounds, as Jim soon discovers. Among other things, he’s made an enemy of a prospective super teammate, he’s being stalked by an unknown pursuer, and a shadowy cabal bent on world domination has identified him as the only obstacle to their plans. It’s a lot for one super to handle, even with a smorgasbord of abilities. But if saving the world were easy, everyone would do it…
Kindle Price: $0.00
Click here to download this book. 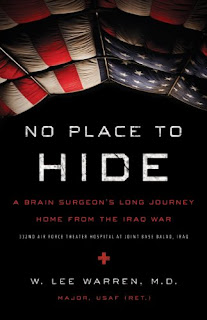 No Place to Hide
Dr. W. Lee Warren’s life as a neurosurgeon in a trauma center began to unravel long before he shipped off to serve the Air Force in Iraq in 2004. When he traded a comfortable if demanding practice in San Antonio, Texas, for a ride on a C-130 into the combat zone, he was already reeling from months of personal struggle. At the 332nd Air Force Theater Hospital at Joint Base Balad, Iraq, Warren realized his experience with trauma was just beginning. In his 120 days in a tent hospital, he was trained in a different specialty—surviving over a hundred mortar attacks and trying desperately to repair the damages of a war that raged around every detail of every day. No place was safe, and the constant barrage wore down every possible defense, physical or psychological. One day, clad only in a T-shirt, gym shorts, and running shoes, Warren was caught in the open while round after round of mortars shook the earth and shattered the air with their explosions, stripping him of everything he had been trying so desperately to hold on to. Warren’s story is an example of how a person can go from a place of total loss to one of strength, courage, and victory. Whether you are in the midst of your own crisis of faith, failed relationship, financial struggle, or illness, you will be inspired to remember that how you respond determines whether you survive—spiritually, emotionally, and sometimes physically. It is the beginning of a long journey home.
Kindle Price: $1.99
Click here to download this book.
Posted by Joisel at 12:00 AM