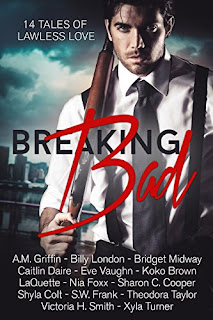 Breaking Bad: 14 Tales of Lawless Love
Nice guys finish first, said no one ever. But we guarantee you’ll finish this collection filled with dark and dangerous alphas who obey no one, play by their own rules, and least of all allow anything to come between them and what they desire most. You’ll never look at thieves, hit men, bounty hunters or ex-cons the same way again. Break bad and our sexy-as-sin bad boys will steal your heart.
Kindle Price: $0.99
Click here to download this book. 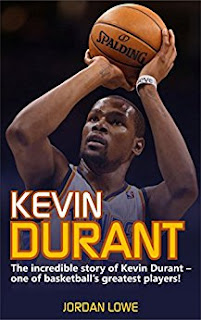 Kevin Durant
Kevin Durant is one of the NBA's best basketball players, and now is an NBA champion! What many don't know though is how Durant was able to rise to stardom. As a child he grew up in a poor family in a rough neighborhood, where they struggled to get by. Somehow though, he was able to overcome all odds and join the NBA's elite, and finally fulfil his dream of becoming an NBA champion! This book takes you step by step through Kevin Durant's life and career to date. You will learn all about his childhood, his high school and college careers, and of course his time in the NBA. Further, you'll learn all about the obstacles and challenges that Durant has overcome time and time again on his way to success.
Kindle Price: $0.00
Click here to download this book. 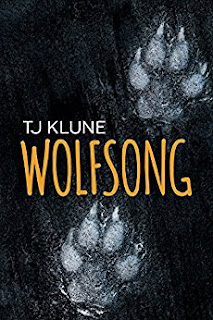 Wolfsong
Ox was twelve when his daddy taught him a very valuable lesson. He said that Ox wasn’t worth anything and people would never understand him. Then he left. Ox was sixteen when he met the boy on the road, the boy who talked and talked and talked. Ox found out later the boy hadn’t spoken in almost two years before that day, and that the boy belonged to a family who had moved into the house at the end of the lane. Ox was seventeen when he found out the boy’s secret, and it painted the world around him in colors of red and orange and violet, of Alpha and Beta and Omega. Ox was twenty-three when murder came to town and tore a hole in his head and heart. The boy chased after the monster with revenge in his bloodred eyes, leaving Ox behind to pick up the pieces. It’s been three years since that fateful day—and the boy is back. Except now he’s a man, and Ox can no longer ignore the song that howls between them.
Kindle Price: $1.99
Click here to download this book.
Posted by Joisel at 12:00 AM