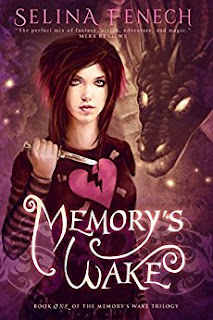 Memory's Wake
Lost in a world full of monstrous fairies, a troubled sixteen year old has to find out who she is and why her memories were stolen before she is found by those who want her dead. She takes the name "Memory" and knows she has just one goal - to find her way home, wherever that is. But this land is strange. No technology to be seen, and iron is banned, thanks to a pact the humans have with the magical creatures who share their pre-industrial era world. In her t-shirt and torn jeans, Memory knows she's different, even before she performs impossible magic. Haunted by her past, chased by a dragon, wanted by the king and stalked by the strange, handsome savage that seems to know her, everyone is after Memory, and she suspects it's not just for her eye-catching outfit. Her forgotten past holds dangerous secrets that will challenge everything she believes and risk the lives of everyone she loves.
Kindle Price: $0.00
Click here to download this book. 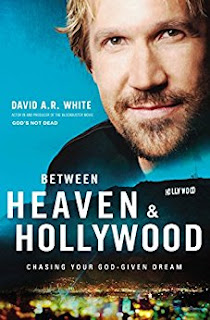 Between Heaven and Hollywood
This is David’s inspirational journey from the wheat fields of his Mennonite home outside of Dodge City Kansas, to the bright lights of Los Angeles. This story of perseverance will assure you that your dreams aren’t frivolous. They might be the most important part of your life. White has starred in more than twenty-five movies and produced forty films, including the blockbuster God’s Not Dead. He serves as a Managing Partner of Pure Flix, the largest faith-based movie studio in the world. With his signature wit and sidesplitting hilarity, David’s story of faithfulness, grounded in the biblical truth that no dream is too big for God, will inspire you to relentlessly pursue your dreams, and in the process, bring the reality of God’s kingdom a little closer to the here and now. God has planted a dream in your heart that is both unique to you and essential to the world. White reminds us that there is no one too common, too uneducated, too poor, too inexperienced, or too broken that he or she cannot be used by God.
Kindle Price: $1.99
Click here to download this book.
Posted by Joisel at 12:00 AM