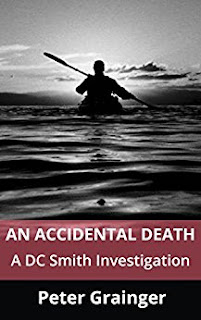 An Accidental Death
The story opens with the apparently accidental drowning of a sixth form student in the Norfolk countryside. As a matter of routine, or so it seems, the case passes across the desk of Detective Sergeant Smith, recently returned to work after an internal investigation into another case that has led to tensions between officers at Kings Lake police headquarters. As an ex DCI, Smith could have retired by now, and it is clear that some of his superiors wish that he would do so.  The latest trainee detective to work with him is the son of a member of his former team, and together they begin to unravel the truth about what happened to Wayne Fletcher. As the investigation proceeds, it becomes clear that others are involved - some seem determined to prevent it, some seem to be taking too much interest. In the end Smith operates alone, having stepped too far outside standard procedures to ask for support. He knows that his own life might be at risk but he has not calculated on the life of his young assistant also being put in danger. He might still get his man but at what cost?
Kindle Price: $0.00
Click here to download this book. 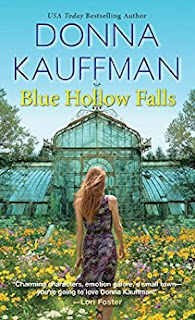 Blue Hollow Falls
Sunny never expected to find herself owning a centuries old silk mill in the shadow of Virginia’s Blue Ridge Mountains . . . or becoming a half-sister to a ten-year-old named Bailey. Once the shock subsides, she plans to cash in and head back home. But the overgrown greenhouse she finds on the property calls out to the gardener in her, and she senses Bailey’s need for nurturing too...And someone else is making it hard for Sunny to leave: Sawyer Hartwell, an Iraq War hero who wants to make the old mill a creative hub for the artisans of Blue Hollow Falls . . . and wants Sunny to share his vision, and his life. But sexy as this ex-soldier may be, she’s not sure she’s ready to give love a chance...
Kindle Price: $1.99
Click here to download this book.
Posted by Joisel at 12:00 AM