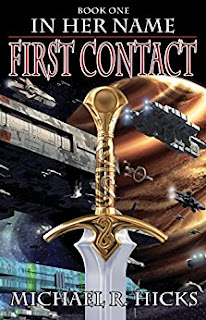 First Contact
Terran survey ship Aurora finds two habitable planets in an uncharted star system. But Aurora is disabled by gigantic alien warships and boarded by blue-skin females with fangs and claws. The warriors slaughter the crew in ritual one-on-one combat. The sole survivor is returned to Earth. This Messenger bears a real-time globe device that counts down to an impending attack. That is the way of the Kreelan Empire. For centuries before man have they waged war, seeking a prophesied savior. Soon to be extinct, the ancient species wages their last war, hoping for redemption of sins long past.
Kindle Price: $0.00
Click here to download this book. 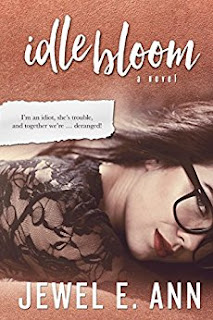 Idle Bloom
Vivian Graham has an acceptance letter into Harvard, a badass tattoo, loyal friends, ties to marijuana, a penchant for Dunkin’ Donuts, and her pesky V-card.  Everyday she takes the Red Line to her job at The Green Pot in Boston while her friends enter the coveted, black iron gates to higher learning. The ramifications from a tragic accident have put her life on hold while time marches on for everyone around her.  After graduating from Harvard Law, Boston native, Oliver Konrad, moves to Portland to start his career and his life. Three years later, after a horrific discovery, he returns home to trade in his three-piece suit for leather work boots and his suburban home for a condo in Cambridge.  All he brought back to the East Coast was an aversion to pillows and secrets he keeps hidden behind a mysterious locked door. Oliver’s days are predictable and his nights are lonely until he meets Vivian on the subway. Her long raven hair, green eyes, and mile-long legs are achingly sexy, but the way she "innocently" fingers and licks her Boston Kreme doughnut can only be described in two words—complete torture. When their paths cross at every turn, laughter is abundant, friendship is easy, and love is unintentional. However, their future seems improbable.
Kindle Price: $0.99
Click here to download this book.
Posted by Joisel at 12:00 AM