Murder At The Rocks
When Laurence Harford, a prominent businessman and philanthropist is found murdered in the historic Rocks area of Sydney, Detective Chief Inspector Fitzjohn is asked to solve the crime quickly and discreetly. After barely starting his investigation, uncovering a discarded mistress and disgruntled employees, a second killing occurs. Meanwhile, Laurence’s nephew, Nicholas Harford, has his certainties in life shaken when he becomes a suspect in his uncle’s death, and receives a mysterious gold locket that starts a chain of events unravelling his family’s dark truths.
Kindle Price: $0.00
Click here to download this book. 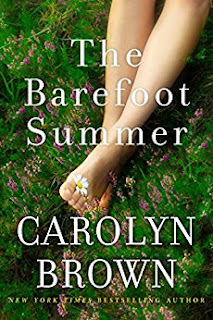 The Barefoot Summer
Leaving one widow behind is unfortunate. Leaving three widows behind is just plain despicable. Oil heiress Kate Steele knew her not-so-dearly departed husband was a con man, but she’s shocked that Conrad racked up two more wives without divorcing her first. The only remnant of their miserable marriage she plans to keep is their lakeside cabin in Bootleg, Texas. Unfortunately, she’s not the only woman with that idea. Fiery, strong-willed Jamie wishes Conrad were still alive—so she could kill the scoundrel herself. But for their daughter’s sake, she needs that property. As does Amanda—twenty-eight, pregnant, and still weeping over the loss of her true love. On a broiling July day, all three arrive in Bootleg…with a dogged detective right behind who’s convinced that at least one of them conspired to commit murder. One momentous summer filled with revelations, quirky neighbors, and barefoot evenings on the porch offers three women the chance to make the journey from enemies to friends, and claim a bright, new beginning.
Kindle Price: $0.99
Click here to download this book.
Posted by Joisel at 12:00 AM