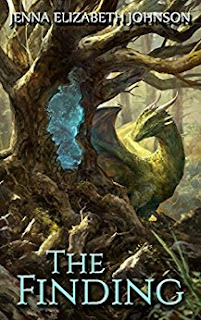 The Finding
When the dragon Jaax receives word that a human infant has been found in the province of Oescienne, he doesn't dare believe it. Humans have been extinct for centuries, trapped by a terrible curse and left to live out their existence in the form of dragons. Despite his doubts, however, Jaax assumes responsibility for the baby girl only to discover that what he has been seeking for so many years has finally been found . . . Jahrra knows all about the legends and sagas of Oescienne, but never in her wildest dreams would she believe that she played a part in one of them. She is far too busy dodging the bullies at school and seeking out new adventures with her friends to worry about what secrets her dragon mentor might be keeping from her, or that her every move is being watched by something living in the forest surrounding her home.But the secrets run deep, and as Jahrra fights to earn her place in this extraordinary world, she will begin to unravel the truth of it all: that she isn't as safe as she thought she was, that danger lurks around every corner, and that her role in this unfurling tale is far more significant than she could possibly imagine.
Kindle Price: $0.00
Click here to download this book. 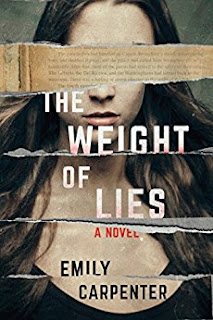 The Weight of Lies
In this gripping, atmospheric family drama, a young woman investigates the forty­-year­-old murder that inspired her mother’s bestselling novel, and uncovers devastating truths—and dangerous lies. Reformed party girl Meg Ashley leads a life of privilege, thanks to a bestselling horror novel her mother wrote decades ago. But Meg knows that the glow of their very public life hides a darker reality of lies, manipulation, and the heartbreak of her own solitary childhood. Desperate to break free of her mother, Meg accepts a proposal to write a scandalous, tell-all memoir. Digging into the past—and her mother’s cult classic—draws Meg to Bonny Island, Georgia, and an unusual woman said to be the inspiration for the book. At first island life seems idyllic, but as Meg starts to ask tough questions, disturbing revelations come to light…including some about her mother. Soon Meg’s search leads her to question the facts of a decades-old murder. She’s warned to leave it alone, but as the lies pile up, Meg knows she’s getting close to finding a murderer. When her own life is threatened, Meg realizes the darkness found in her mother’s book is nothing compared to the chilling truth that lurks off the page.
Kindle Price: $1.99
Click here to download this book.
Posted by Joisel at 12:00 AM