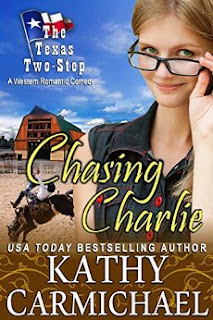 Chasing Charlie
Raised in a family of rodeo champions on a South Texas cattle ranch, Charlie wants only one thing: to avoid thrill-seeking cowboys. Davis Murphy, cowboy wannabe and one of Dallas's most eligible bachelors, needs a pretty and witty faux fiancée so his widowed mother will marry her longtime gentleman friend. Charlie, his local librarian, seems the prefect choice. Charlie's first reaction is to run, but she's promised herself to step out of her plain-jane routine. When Charlie accepts, Davis's plan is set. But now Charlie's sweet ways are challenging his bachelor heart.
Kindle Price: $0.00
Click here to download this book. 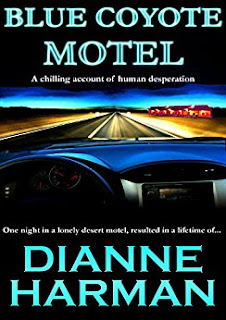 Blue Coyote Motel
Would you take an anti-aging hormone? What if you could keep your youth? If someone you knew was terrified of aging, and you'd invented the hormone, would you give it to them? Even if it meant discovery would cause you to lose your chance of winning the Nobel Prize? Blue Coyote Motel is a suspense love story which begins in the barrios of Southern California and spans the globe in such diverse locations as Provence, South America, and the Himalayas. The beautiful Latina, Maria, and her husband, Jeffrey, a scientist fired from a prestigious laboratory, struggle to build a new life in a remote Southern California desert areas as owners of the motel. Along with the anti-aging hormone, Jeffrey invents a "feel-good" wonder drug to help Maria with her depression. As Jeffrey becomes insane he begins to experiment with the wonder drug. Six wayward travelers, including an alcoholic priest, a couple who own gold mines in Brazil, a depressed widow, a struggling salesman, and a Native American pediatrician find themselves spending the night at the small motel. The next morning they wake up feeling better than ever. Has Jeffrey's miracle drug delivered? Or is the nightmare of addiction only beginning? Blue Coyote Motel presents an engaging look at the human frailties present in all of us.
Kindle Price: $2.99
Click here to download this book.
Posted by Joisel at 1:07 AM