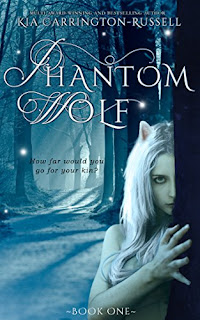 Phantom Wolf
Sia is a Phantom Wolf. Neither dead nor alive--and rotting from the inside--she is on the edge of her curse. Once a Phantom Wolf has been created, they hunt their blood pack and slaughter all their loved ones. Except for Sia, who woke years after her death to find herself rampaging through the land on a lonely path. She continues to run from the rival pack that hunts her because she is a Phantom Wolf. Attracted to a scent, Sia finds her old best friend, who is now a grown woman. Having once saved Keeley, Sia takes the role of protector yet again, despite Keeley's involvement with the mysterious Alpha, Kiba, and his kin brother, Saith.  An ambush separates the pack and the four of them blindly fight the new warriors that attack them: desperately needing to find out where the attacks are coming from, as Sia has vowed to protect Keeley. But at what cost? Now being chased, Sia finds herself conflicted by the mortal and spirit world while trying to protect her kin. Sia must confront her fears, as well as the human lover who killed her many years before. It is not only survival Sia contends with, but her own façade that must be broken so that she may find peace within herself once more.
Kindle Price: $0.00
Click here to download this book. 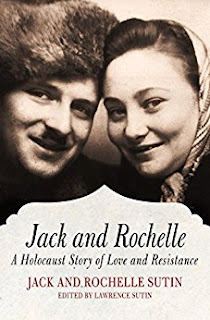 Jack and Rochelle
A gripping memoir wherein Jack and Rochelle Sutin recount their struggle to survive the Holocaust as part of a band of partisans in the forests of Poland. Told through their son Lawrence, the memoir brings to life the reality of months spent hidden in a dank underground bunker unaware of the outside world. However, this is not just an account of stark survival. It is also the tale of an impossible love affair that has lasted more than 50 years, and an eloquent reminder that history is made up of the often deeply moving details of individual lives.
Kindle Price: $1.99
Click here to download this book.
Posted by Joisel at 12:00 AM