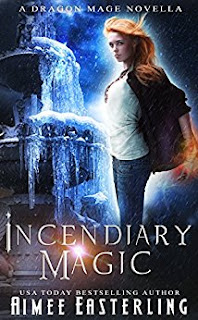 Incendiary Magic
Fee is a fire mage on an impossible mission. After cutting her teeth on tales of dragons’ dastardliness, she willingly straps explosives to her belly and sets off to infiltrate the home base of the shifters who rule over all mankind. Mason is the Lord Dragon tasked with protecting ordinary humans from harm. As part of his duties, he squashes a forest fire...then stumbles across a comatose woman who triggers his urge to collect and preserve rare beauty. The world Fee wakes into is very different from the medieval society she’d imagined would exist within a dragon’s lair. But can she protect these well-fed, happy people when her overbearing father is in charge of her bomb’s detonator switch?
Kindle Price: $0.00
Click here to download this book. 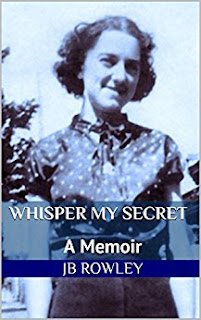 Whisper My Secret
How does a mother cope when she is forced to walk away from her three children and never see them again? That is what happened to JB’s mother, Myrtle. Eventually, rescued from her despair by tall, dark and handsome George Rowley who fell in love her, Myrtle started a new life and had seven more children. She buried the grief of losing her first children deep within and kept her pain secret. JB and her siblings were unaware of the existence of Myrtle’s first three children until after she died. Desperate to know how such a thing could happen to a devoted and caring mother, JB went on a journey to find out. What she discovered was a heartbreaking story of loss. It was a long time before JB was able to work out that her mother kept her early life and her first family secret out of misplaced guilt and shame. To redress that, JB decided to tell the whole world her mother’s secret.
Kindle Price: $1.99
Click here to download this book.
Posted by Joisel at 4:13 AM