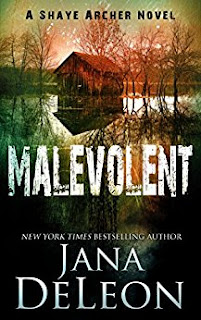 Malevolent
Everyone wondered about Shaye Archer’s past. Including Shaye. Shaye Archer’s life effectively began the night police found her in an alley, beaten and abused and with no memory of the previous fifteen years, not even her name. Nine years later, she’s a licensed private investigator, with a single goal—to get answers for her clients when there aren’t supposed to be any.  And maybe someday, answers for herself.  Emma Frederick thought her nightmare was over when she killed her abusive husband, but someone is stalking her and tormenting her with mementos from her past. With no evidence to support her claims, the police dismiss her claims as post-traumatic stress, but Shaye is convinced that someone is deliberately terrorizing Emma…playing a cat and mouse game with only one goal in mind. To kill Emma.
Kindle Price: $0.00
Click here to download this book. 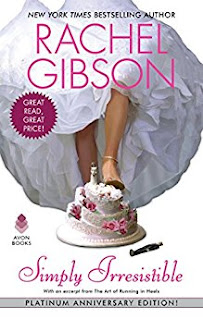 Simply Irresistible
Georgeanne Howard leaves her fiancé at the altar when she realizes she can't marry a man old enough to be her grandfather, no matter how rich he is. Hockey superstar John Kowalsky unknowingly helps her escape, and only when it's too late does he realize that he's absconded with his boss's bride. This bad boy isn't looking to be anybody's savior but his own. Still, a long night stretches ahead of them—a night too sultry to resist temptation. Seven years later, Georgeanne and John meet again. She is on her way to becoming Seattle's domestic darling and he is past his hellraising days. Shocked to learn that he has a daughter, John's determined to be part of her life. Georgeanne has loved John since the moment she jumped into his car, but will he risk the wrath of his boss, and one final chance at glory, to prove that this time his love will be everlasting?
Kindle Price: $0.99
Click here to download this book.
Posted by Joisel at 7:19 AM