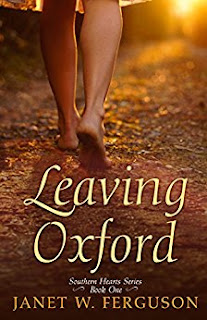 Leaving Oxford
A year after a tragic accident in Los Angeles flipped her world upside down, advertising guru Sarah Beth LeClair is still hiding away in her charming hometown of Oxford, Mississippi. And she may well be stuck there forever. Suffering from panic attacks, she prays for healing. Instead, her answer comes in the form of an arrogant football coach and an ugly puppy.  Former celebrity college quarterback Jess McCoy dreamed of playing pro football. One freak hit destroyed his chances. Although he enjoys his work as the university’s offensive coordinator, his aspirations have shifted to coaching at the highest level. His plans of moving up are finally coming together—until he falls for a woman who won’t leave town.  As the deadline for Jess’s decision on his dream career looms, the bars around Sarah Beth’s heart only grow stronger. But it's time to make a decision about leaving Oxford.
Kindle Price: $0.00
Click here to download this book. 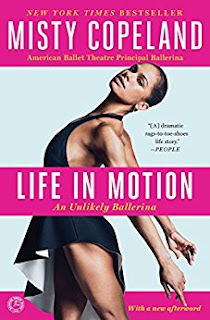 Life in Motion
As the only African American soloist dancing with the prestigious American Ballet Theatre, Misty Copeland has made history. But when she first placed her hands on the barre at an after-school community center, no one expected the undersized, anxious thirteen-year-old to become a ground-breaking ballerina. When she discovered ballet, Misty was living in a shabby motel room, struggling with her five siblings for a place to sleep on the floor. A true prodigy, she was dancing en pointe within three months of taking her first dance class and performing professionally in just over a year: a feat unheard of for any classical dancer. But when Misty became caught between the control and comfort she found in the world of ballet and the harsh realities of her own life (culminating in a highly publicized custody battle), she had to choose to embrace both her identity and her dreams, and find the courage to be one of a kind. With an insider's unique point of view, Misty opens a window into the life of a professional ballerina who lives life center stage: from behind the scenes at her first auditions to her triumphant roles in some of the most iconic ballets. But in this beautifully written memoir, she also delves deeper to reveal the desire and drive that made her dreams reality.
Kindle Price: $1.99
Click here to download this book.
Posted by Joisel at 4:43 AM