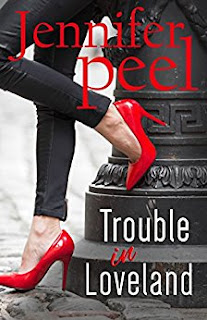 Trouble in Loveland
Charlee Jensen had what she considered the idyllic childhood growing up in a town named for that most prized emotion of all, Loveland, Colorado. At seventeen, her teenage crush, a man eight years older than her, marries and she naively thinks this is the worst thing that would ever happen to her. Then her parents divorce and her world crumbles. She finds herself being whisked away from her beloved home and estranged from her father.  Now eight years later, with two degrees that she never wanted in hand, and no job prospects, her father offers her a position with his CPA firm. With no other options available, Charlee accepts his offer and returns to the hometown she loved. While rebuilding her relationship with her father, she discovers that perhaps a romantic relationship is in the cards for her, with her old teenage crush, Ryan Carter, who just happens to still live next door and is now a partner in her father’s CPA firm.  Newly divorced and single dad, Ryan Carter, isn’t quite sure what to make of the girl next door, who’s all woman now. He finds himself having a hard time resisting this beautiful yet annoyingly charming woman, but their age difference and his complicated relationship with his ex-wife cause quite a bit of trouble for the couple. Ryan finds himself torn between keeping the peace with his ex-wife and mother of his child and his feelings for Charlee. Can they successfully overcome their troubles in Loveland? Find out in this clean romance filled with sparks, humor, and of course, a little bit of trouble.
Kindle Price: $0.00
Click here to download this book. 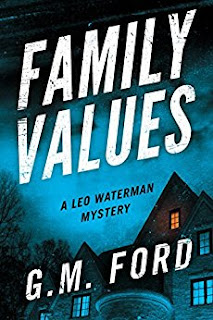 Family Values
Returning to Seattle after a business trip, retired PI Leo Waterman is shocked to find his girlfriend, Rebecca Duvall, unconscious on the bathroom floor, her house filled with gas. Officials believe it was a suicide attempt in the wake of a humiliating scandal. Under investigation for dereliction of duty, she’d been suspended from her job as medical examiner for King County. Leo knows Rebecca too well—and is determined to prove her innocence and clear her name. Most important, he wants to find out who tried to kill her. Despite the prosecuting attorney’s claims of a solid case, Leo rounds up his ragtag team of miscreants to find the truth. The investigation leads straight to The Highlands. There, behind the locked doors of one of Seattle’s most exclusive gated communities, old money can afford to bury older family secrets. But for Leo, unearthing them is going to trap him in a conspiracy that is deadlier, and far more personal, than he feared.
Kindle Price: $1.99
Click here to download this book.
Posted by Joisel at 12:00 AM