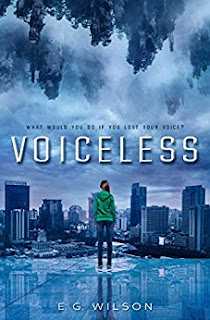 Voiceless
Adelaide Te Ngawai was thirteen when Maunga Richards stole her voice. Addy is plunged into silence when a high school bully inflicts her with an incurable disease that leaves her unable to speak, write, or create. Vox Pox—a man-made malady that’s been terrorizing the city for months. Resilient, Addy fights to survive. To not be silenced. But then her brother, Theo, is infected as well. Desperate for any information that might help cure Theo, Addy follows Maunga into a newly developed virtual psychoreality simulator and discovers a conspiracy deeper than she’d ever imagined. How far will she go to save her brother?
Kindle Price: $0.00
Click here to download this book. 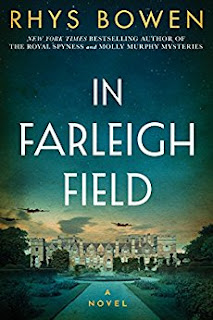 In Farleigh Field
World War II comes to Farleigh Place, the ancestral home of Lord Westerham and his five daughters, when a soldier with a failed parachute falls to his death on the estate. After his uniform and possessions raise suspicions, MI5 operative and family friend Ben Cresswell is covertly tasked with determining if the man is a German spy. The assignment also offers Ben the chance to be near Lord Westerham’s middle daughter, Pamela, whom he furtively loves. But Pamela has her own secret: she has taken a job at Bletchley Park, the British code-breaking facility. As Ben follows a trail of spies and traitors, which may include another member of Pamela’s family, he discovers that some within the realm have an appalling, history-altering agenda. Can he, with Pamela’s help, stop them before England falls?
Kindle Price: $1.99
Click here to download this book.
Posted by Joisel at 12:00 AM