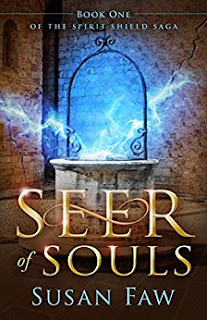 Seer of Souls
The battles between the Kingdom of Cathair and the Primordial forces at Daimon Ford are the stuff of legends. Desperate to save the world, two immortals choose to be reborn as mortals, wiping away all memory of their divine existence. But even as Cayden, and his twin sister Avery make the ultimate sacrifice, other gods are plotting against them. At the point of birth, divine intervention and powerful, ancient magic are called upon to snatch their souls from the dying flesh of a princess's poisoned womb. The royal family of the Kingdom of Cathair has always been the physical Spirit Shield of the world. With the murder of the entire royal family, who guards the secrets within the castle walls? Can the magic of the gods, old and new, ensure the safe keeping of the immortal treasure within, and if they fail, who will choose for the unborn? Helga, the goddess of the underworld, is not amused and has set into play a diabolical scheme of her own. There is a little place called Sanctuary by the Sea and chaos is about to pay a visit…
Kindle Price: $0.00
Click here to download this book. 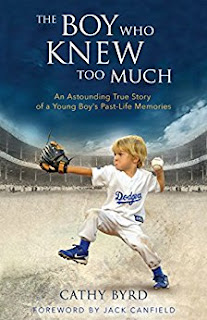 The Boy Who Knew Too Much
At the tender age of two, baseball prodigy Christian Haupt began sharing vivid memories of being a baseball player in the 1920s and ’30s. From riding cross-country on trains, to his fierce rivalry with Babe Ruth, Christian described historical facts about the life of American hero and baseball legend Lou Gehrig that he could not have possibly known at the time. Distraught by her son’s uncanny revelations, Christian’s mother, Cathy, embarked on a sacred journey of discovery that would shake her beliefs to the core and forever change her views on life and death. In this compelling and heartwarming memoir, Cathy Byrd shares her remarkable experiences, the lessons she learned as she searched to find answers to this great mystery, and a story of healing in the lives of these intertwined souls.
Kindle Price: $2.99
Click here to download this book.
Posted by Joisel at 6:15 AM