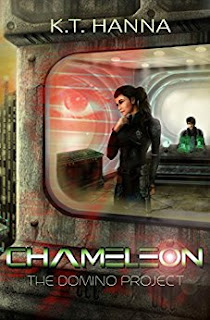 Chameleon
After Sai's newly awoken psionic power accidentally destroys her apartment complex, she’s thrown into an intensive training program. The only grades are pass or die. Surviving means proving her continued existence isn't a mistake--a task her new mentor, Bastian, takes personally. Her abilities place her in the GNW Enforcer division, which partners her with Domino 12, who is eerily human for an alien-parasite and psionic hybrid. When her assassination duties are revealed, Sai understands the real reason for her training. On a mission to dispatch a dangerous Exiled scientist, she uncovers truths she never thought possible. Sai is unsure who to trust as her next mission might be her last, and a double agent seems to be manipulating both sides.
Kindle Price: $0.00
Click here to download this book. 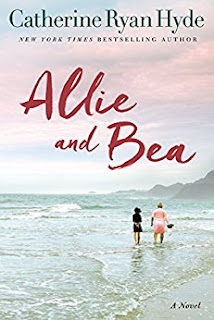 Allie and Bea
Bea has barely been scraping by since her husband died. After falling for a telephone scam, she loses everything and is forced to abandon her trailer. With only two-thirds of a tank in her old van, she heads toward the Pacific Ocean with her cat—on a mission to reclaim what’s rightfully hers, even if it means making others pay for what she lost. When fifteen-year-old Allie’s parents are jailed for tax fraud, she’s sent to a group home. But when her life is threatened by another resident, she knows she has to get out. She escapes only to find she has nowhere to go—until fate throws Allie in Bea’s path. Reluctant to trust each other, much less become friends, the two warily make their way up the Pacific Coast. Yet as their hearts open to friendship and love from the strangers they meet on their journey, they find the courage to forge their own unique family—and begin to see an imperfect world with new eyes.
Kindle Price: $1.99
Click here to download this book.
Posted by Joisel at 5:33 AM