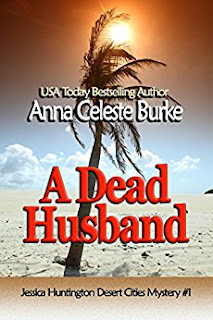 A Dead Husband
Jessica Huntington, rich, beautiful, and smart, seeks refuge from betrayal in a desert paradise near Palm Springs only to discover life is full of surprises...like a dead husband. Jessica Huntington is hiding out from her own well-planned life, now in shambles. Her law career tanked by the Great Recession, she failed miserably as a desperate housewife in the Silicon Valley playing beat-the-clock with her 30-something hormones. In the end she put on a little baby fat, but no baby. The final blow: walking in on her husband in bed with a well-known Hollywood blond. The Rancho Mirage home where she grew up, surrounded by the beauty of the desert resort town near Palm Springs, seems the perfect place to take refuge. That is until her best friend's husband is murdered. Jessica and her friends are soon thrust into the fray stalked by scoundrels in pantyhose, stilettos, Bruno Magli shoes, and Armani suits. Roger Stone had something that got him killed. What was it and to what lengths will they go to get it back?
Kindle Price: $0.00
Click here to download this book. 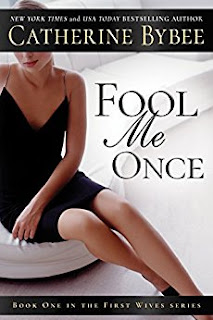 Fool Me Once
Cynical divorce attorney Lori Cumberland lives by one motto: Love is grand, but divorce is a hundred grand. With one failed marriage under her own personal belt, Lori had fallen hard and early—and it isn’t something she plans on repeating. She’s content focusing on the temporary marriages of her rich and famous clients. When she joins some of her recent divorcées on a celebratory cruise, her only vow is fun, sun, and new friends. But Lori finds herself tempted by a jury of one. For Reed Barlow, falling into the world of private investigation was easy. He knows the law and knows how to avoid breaking it—all while doing his job. His rule to live by? No emotion, no involvement…until Lori. His charming smile and cocky attitude distracts Lori and lowers her guard, which is exactly what Reed desires. But what appears as a one-time-only flirtation may be a plot orchestrated by Reed. As he’s taking his investigation to a dangerous level, it’s Lori who could end up in jeopardy. Reed has only one shot for Lori to grant him a second chance. But if he comes clean with her, he blows his cover. And that just might cost him the opportunity for an alliance of family…and of love.
Kindle Price: $1.99
Click here to download this book.
Posted by Joisel at 12:00 AM