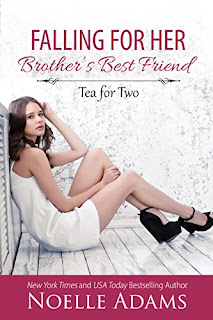 Falling for her Brother's Best Friend
After too many bad decisions in romance, Emma is going on a man-fast. For the next six months, she's fasting from men. No sex. No dating. No soulful gazes. No fond memories of her first crush. She's going to spend the time focusing on her career, getting in touch with herself, and helping her two best friends with the launch of their new tea room. No men. And that includes her brother's best friend, Noah Hart, who has just returned to their hometown. She doesn't want Noah anyway. He might be even hotter than he was before, but he's not a nice guy anymore. He's made a fortune by acting ruthless in business, and the last thing he's looking for is small-town domestic life. He doesn't even want to be in town again, but a sick grandmother guilted him into it. Then he has nerve to not even recognize Emma when he sees her again. Maybe it's been seven years, but a decent guy would remember his best friend's little sister. Noah is not a decent guy. Anyway, Emma is on a man-fast. And she doesn't want Noah.
Kindle Price: $0.00
Click here to download this book. 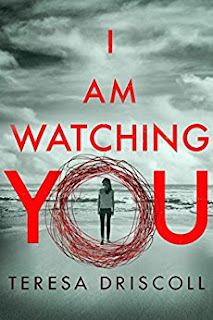 I Am Watching You
When Ella Longfield overhears two attractive young men flirting with teenage girls on a train, she thinks nothing of it—until she realises they are fresh out of prison and her maternal instinct is put on high alert. But just as she’s decided to call for help, something stops her. The next day, she wakes up to the news that one of the girls—beautiful, green-eyed Anna Ballard—has disappeared. A year later, Anna is still missing. Ella is wracked with guilt over what she failed to do, and she’s not the only one who can’t forget. Someone is sending her threatening letters—letters that make her fear for her life. Then an anniversary appeal reveals that Anna’s friends and family might have something to hide. Anna’s best friend, Sarah, hasn’t been telling the whole truth about what really happened that night—and her parents have been keeping secrets of their own. Someone knows where Anna is—and they’re not telling. But they are watching Ella.
Kindle Price: $1.99
Click here to download this book.
Posted by Joisel at 12:00 AM