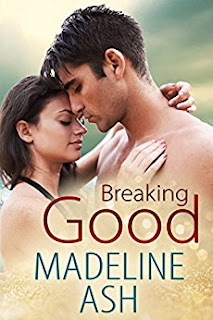 Breaking Good
At eighteen, Stevie Case finally surrendered to her attraction to bad boy Ethan Rafters, sharing one night with him before she graduated and he skipped town on a one-way road to destruction. Years later, Stevie has hit back life’s curveballs and is no stranger to hard work, but when she finds herself working for Ethan, who’s turned his life around, her world shatters not only because their chemistry is still fierce and undeniable but because fate separated them before she could tell him he has a son. Ethan desperately wants to be a good father and a partner yet he believes he’ll never be normal. The chaos that defines his life has destroyed his relationships, yet Stevie’s acceptance of his flaws tempts him with a life he thought impossible. Dare he risk Stevie’s life of hard-fought stability for his own chance at happiness?
Kindle Price: $0.00
Click here to download this book. 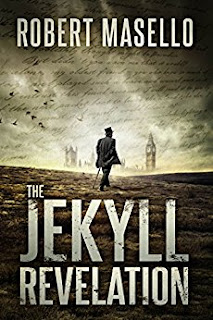 The Jekyll Revelation
While on routine patrol in the tinder-dry Topanga Canyon, environmental scientist Rafael Salazar expects to find animal poachers, not a dilapidated antique steamer trunk. Inside the peculiar case, he discovers a journal, written by the renowned Robert Louis Stevenson, which divulges ominous particulars about his creation of The Strange Case of Dr. Jekyll and Mr. Hyde. It also promises to reveal a terrible secret—the identity of Jack the Ripper. Unfortunately, the journal—whose macabre tale unfolds in an alternating narrative with Rafe’s—isn’t the only relic in the trunk, and Rafe isn’t the only one to purloin a souvenir. A mysterious flask containing the last drops of the grisly potion that inspired Jekyll and Hyde and spawned London’s most infamous killer has gone missing. And it has definitely fallen into the wrong hands.
Kindle Price: $2.00
Click here to download this book.
Posted by Joisel at 5:03 AM