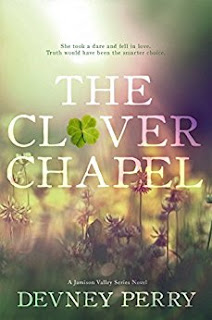 The Clover Chapel
She took a dare and fell in love. Truth would have been the smarter choice. After years of living under her father’s thumb, Emmeline is ready to break free. She’s abandoned her life as a New York socialite to follow her dream of becoming a kindergarten teacher in a small, wholesome town. Seeing the man that nearly broke her was absolutely not what she had hoped to find in Prescott, Montana. Nick hasn’t seen his Emmy in nine years, but that doesn’t mean he’s forgotten a thing about the woman he loves. After just one blissful night as man and wife, he gave her up, sacrificing his own happiness to keep her safe—far away from him. But the moment she walks back into his lonely life is the moment he decides never to let her go again. He won’t waste his second chance. All he has to do is win back Emmeline’s heart, keep her safe from the shadows in his past and prove to her that taking a wager on him is a sure bet.
Kindle Price: $0.00
Click here to download this book. 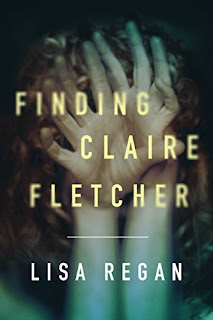 Finding Claire Fletcher
With his career on thin ice and fresh ink on his divorce papers, Sacramento PD Detective Connor Parks goes searching for solace at the bottom of a bottle…and winds up in the arms of a beautiful woman. By morning she’s gone, and the one clue she left behind sends Connor on a desperate mission to unravel a decade-old mystery—her abduction. Presumed dead for the last ten years, Claire Fletcher has been living her life as “Lynn,” a woman in the terrifying grip of her captor. After her unforgettable night with Connor, Claire clings to the hope that she’ll see him again, that he’ll follow her into the dark. But anyone who gets close to Claire has a way of turning up dead…and she’s unwittingly made Connor next on the list. Before long, it becomes disturbingly clear: finding Claire Fletcher isn’t just going to be dangerous—it could be deadly.
Kindle Price: $1.99
Click here to download this book.
Posted by Joisel at 12:00 AM