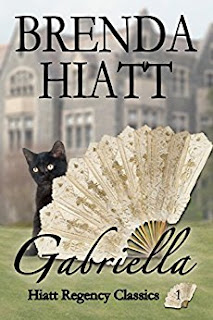 Gabriella
He lost a wager . . . but won a treasure. Due to a lost wager, the Duke of Ravenham is obliged to bring a pretty little nobody from the country into fashion among the high-sticklers of London Society. Ravenham would never refuse a debt of honor, no matter how unorthodox, so he overlooks Miss Gordon's vulgar relations to do what is necessary, escorting the unsophisticated chit to balls, etc. But what he expects to be an irksome duty turns out to be something quite different as he falls under the spell of his protege's innocent charm. When he lost that wager, he definitely never counted on losing his heart as well! First impressions can be deceiving. Miss Gabriella Gordon only came to London at her mother's and sister's insistence, for she'd much rather assist in running her father's veterinary practice than attempt to fit into fashionable society. No sooner has she arrived in London than the exalted (and exceedingly handsome) Duke of Ravenham comes to call. The reason is less than flattering, however: due to a lost wager, the Duke is forced to bring Gabriella into fashion, a "favor" she would certainly refuse if her family would let her. But the more time she spends in the dashing Duke's company, the more conflicted she feels-- particularly when she discovers they have more in common than she ever dared dream.
Kindle Price: $0.00
Click here to download this book. 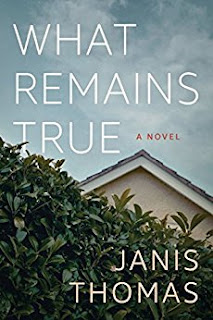 What Remains True
From the outside, the Davenports look like any other family living a completely ordinary life—until that devastating day when five-year-old Jonah is killed, and the family is torn apart. As the fury of guilt engulfs them, the Davenports slowly start to unravel, one by one. Losing her son forces Rachel to withdraw into a frayed, fuzzy reality. Her husband, Sam, tries to remain stoic, but he’s consumed by regret with the choices he’s made. Eden mourns her brother, while desperately fighting to regain a sense of normalcy. And Aunt Ruth, Rachel’s sister, works too hard to care for the family, even as her own personal issues haunt her. Told from multiple points of view—including Jonah’s—the family struggles to cope with unthinkable loss. But as they face their own dark secrets about that terrible day, they have a choice: to be swallowed up in sadness forever, or begin the raw, arduous ascent back to living.
Kindle Price: $2.00
Click here to download this book.
Posted by Joisel at 4:34 AM