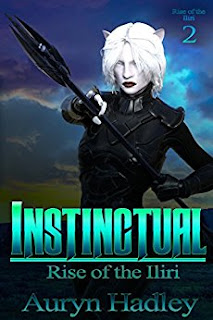 Instinctual
The Black Blades are the best special operations unit in the Conglomerate of Free Citizens, but none of them are free. They're iliri, a race of humanoids specifically designed to be the perfect soldiers. No one can remember where they came from, but the histories say they were made to kill - and it's what they do best. Halfway across the continent, the Emperor of Terric wants to exterminate their entire species. At least that's the excuse he's using to conquer every country between Terric and the Conglomerate, and he's handing out iliri heads as trophies to prove he's serious. But now, their secret is out. The world knows the Black Blades aren't human. They're so good because of their alien ancestry, because of what humans made them to be! The only problem? It's starting to look like their own side agrees with the enemy. To keep their unit from being disbanded and sent back into slavery, they have to stop the Emperor's bribe. Eight of them aren't enough. Their only hope is to rely upon the humans they've learned not to trust, but things are never black and white.
Kindle Price: $0.00
Click here to download this book. 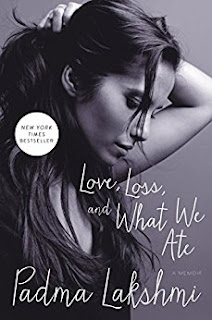 Love, Loss, and What We Ate
Long before Padma Lakshmi ever stepped onto a television set, she learned that how we eat is an extension of how we love, how we comfort, how we forge a sense of home—and how we taste the world as we navigate our way through it. Shuttling between continents as a child, she lived a life of dislocation that would become habit as an adult, never quite at home in the world. And yet, through all her travels, her favorite food remained the simple rice she first ate sitting on the cool floor of her grandmother’s kitchen in South India. Poignant and surprising, Love, Loss, and What We Ate is Lakshmi’s extraordinary account of her journey from that humble kitchen, ruled by ferocious and unforgettable women, to the judges’ table of Top Chef and beyond. It chronicles the fierce devotion of the remarkable people who shaped her along the way, from her headstrong mother who flouted conservative Indian convention to make a life in New York, to her Brahmin grandfather—a brilliant engineer with an irrepressible sweet tooth—to the man seemingly wrong for her in every way who proved to be her truest ally. A memoir rich with sensual prose and punctuated with evocative recipes, it is alive with the scents, tastes, and textures of a life that spans complex geographies both internal and external.
Kindle Price: $1.99
Click here to download this book.