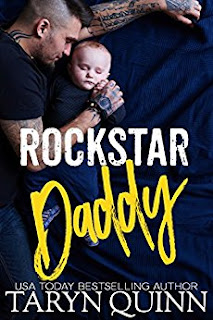 Rockstar Daddy
Hot as hell chick who wrecks her car in my ditch? Ditto. It’s New Year’s Eve, and we’re trapped together in a snowstorm. Hot chick is the small town sweetheart, but she’s honest and fun in a way I never expected. She doesn’t know I’m a rockstar. So I lie to her. Because she’s seeing me for me, not the money or fame. We end up naked. The night is incredible, the best of my life. Until I break her heart. I’m not good enough for her. Not even close. But she makes me yearn…for everything. Now this badass rockstar is going to be a daddy. And I need to convince the good girl to be mine. For keeps.
Kindle Price: $0.00
Click here to download this book. 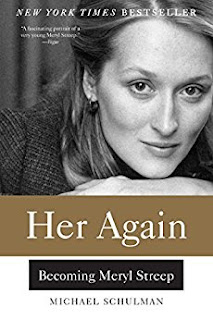 Her Again
A portrait of a woman, an era, and a profession: the first thoroughly researched biography of Meryl Streep—the “Iron Lady” of acting, nominated for nineteen Oscars and winner of three—that explores her beginnings as a young woman of the 1970s grappling with love, feminism, and her astonishing talent. In 1975 Meryl Streep, a promising young graduate of the Yale School of Drama, was finding her place in the New York theater scene. Burning with talent and ambition, she was like dozens of aspiring actors of the time—a twenty-something beauty who rode her bike everywhere, kept a diary, napped before performances, and stayed out late “talking about acting with actors in actors’ bars.” Yet Meryl stood apart from her peers. In her first season in New York, she won attention-getting parts in back-to-back Broadway plays, a Tony Award nomination, and two roles in Shakespeare in the Park productions. Even then, people said, “Her. Again.”
Kindle Price: $2.99
Click here to download this book.
Posted by Joisel at 12:00 AM