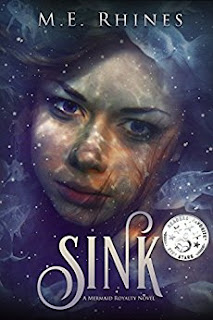 SINK
Obedience has always been a matter of survival for sixteen-year-old mermaid princess Pauline. Her mother is the tyrannical Queen Calypso, who rules the kingdom of Atargatis with an iron trident. To utter one word against her would mean banishment--or worse--so Pauline bites her tongue and minds her manners. But on the eve of her sister's merling-shower, all of that is about to change. Confronted with the truth about what happens to the human men who are betrothed to the mermaids of Atargatis, Pauline realizes she can stay silent no more. Determined to end the queen's dark tradition, Pauline goes along on a search for shipwreck survivors, secretly planning to free them. But things get complicated when she finds herself inexplicably drawn to one of the men. Before she realizes what's happening, she has kissed him--and a kiss from a mermaid is not without consequences. Now Pauline will have to risk everything if she is to save the young man and thwart the queen's dark plans...
Kindle Price: $0.00
Click here to download this book. 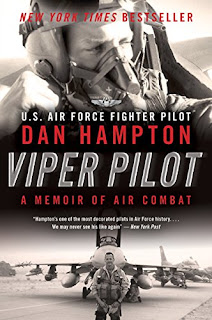 Viper Pilot
From 1986 to 2006, Lt. Col. Dan Hampton was a leading member of the Wild Weasels, the elite Air Force fighter squadrons whose mission is recognized as the most dangerous job in modern air combat. Weasels are the first planes sent into a war zone, flying deep behind enemy lines purposely seeking to draw fire from surface-to-air missiles and artillery. They must skillfully evade being shot down—and then return to destroy the threats, thereby making the skies safe for everyone else to follow. Today these vital missions are more hazardous than direct air-to-air engagement with enemy aircraft. Hampton's record number of strikes on high-value targets make him the most lethal F-16 Wild Weasel pilot in American history. This is his remarkable story.
Kindle Price: $1.99
Click here to download this book.
Posted by Joisel at 12:00 AM