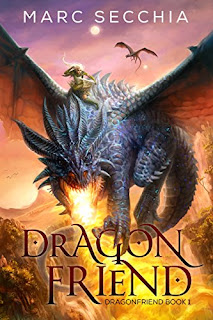 Dragonfriend
Saddle up your dragon in this fiery, Amazon bestselling dragon adventure! When Hualiama dares to defy the treacherous Ra'aba, he throws her to her death off his Dragonship. Bad mistake. Fly high with Hualiama as she takes on the pretender to the Onyx Throne!
Kindle Price: $0.00
Click here to download this book. 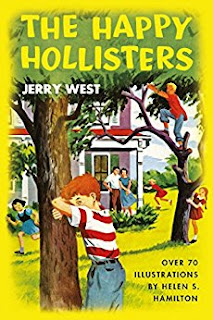 The Happy Hollisters
The adventures for the Hollisters begin as soon as they move into their new house on the shore on Pine Lake in Shoreham. First, the moving van carrying their toys and their father's important new invention disappears. Next, they learn that their house may be haunted, with a treasure hidden somewhere inside! Right away they all set out to solve these mysteries. Each one of the Hollister children - Pete (age 12), Pam (10), Ricky (7), Holly (6) and Sue (4) - plays an important role in finding clues, along with their parents who are always ready to join in on the excitement. Even Zip, the collie, and White Nose, the cat, are part of the family, and find thrilling adventures of their own. As the Hollisters explore their new town and make friends, they discover what happened to the moving van, and learn more about the mystery surrounding their new home. Excitement abounds when a secret stairway is discovered. Then, on the trail of a mysterious intruder, their chase leads them to a deserted hut on nearby Blackberry Island. Over seventy action-packed illustrations make the story- and the Hollister family- so vivid that the reader has a feeling of really sharing in on the adventures of this lovable and interesting family.
Kindle Price: $0.00
Click here to download this book. 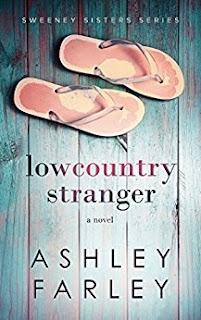 Lowcountry Stranger
There's a stranger in town. And it’s no coincidence when she shows up uninvited at a Sweeney family wedding. All eyes are drawn to this urchin who seems to have washed in with the tide. Before the night is over, the doe-eyed waif charms young and old with her street smarts and spunky personality. For better or worse, Annie Dawn is here to stay. The memorable Sweeney sisters from Her Sister’s Shoes have returned with more suspense and family drama to hold you spellbound until the dramatic conclusion. As she approaches the next stage of her life as an empty nester, Jackie is torn between expanding her fledgling design business and spending these last precious months with her boys before they fly the coop. Her own worst enemy, Sam is terrified of making a commitment to Eli Marshall, handsome police officer, true love of her life. Her resolve is tested when a ghost from her past shows up after nearly two decades. Faith nurtures her seven-year-old daughter who is recovering from the trauma of her abusive father. Is the threat in the past, or is there more danger on the horizon? The sisters seek guidance from their mother, Lovie, a true Southern matriarch who shows them how to respond to adversity with grace and dignity. Things are heating up in the Lowcountry. The Sweeney sisters remind us, once again, that being a part of a family is about more than sharing the same DNA.
Kindle Price: $2.00
Click here to download this book.
Posted by Joisel at 4:20 AM