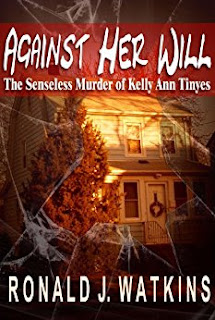 Against Her Will
Richard and Victoria Tinyes feared the worst when their thirteen year old daughter Kelly Ann vanished from their quiet suburban community of Valley Stream, New York, on March 3, 1999. But the nightmare to come was worse than they could ever imagine. Only five doors away, in the home of John and Elizabeth Golub, police found Kelly Ann's body stuffed in a plastic garbage bag. She'd been brutally beaten, stabbed, strangled, and mutilated. After weeks of intense investigation, police arrested the Golubs twenty-one-year-old son, Robert - a reclusive young man obsessed with bodybuilding and given to fits of rage. The sensational trial and subsequent conviction of Robert Golub shocked the nation and tore the once peaceful community apart. Neighbors took sides. So did the media. And no one who lived on Horton Road would ever be the same.
Kindle Price: $0.00
Click here to download this book. 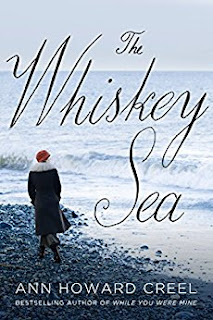 The Whiskey Sea
Motherless and destitute, Frieda Hope is determined to make a better life for herself and her sister, Bea. The girls are taken in by a kindly fisherman named Silver, and Frieda begins to feel at home on the water. When Silver sells his fishing boat to WWI veteran Sam Hicks, thinking Sam would be a fine husband for Frieda, she’s outraged. But Frieda manages to talk Sam into teaching her to repair boat engines instead, so she has a trade of her own and won’t have to marry. Frieda quickly discovers that a mechanic’s wages won’t support Bea and Silver, and is lured into a money-making team of rumrunners supplying alcohol to New York City speakeasies. Speeding into dangerous waters to transport illegal liquor, Frieda gets swept up in the lucrative, risky work—and swept off her feet by a handsome Ivy Leaguer who’s in it just for fun. As danger mounts and her own feelings threaten to drown her, can Frieda find her way back to solid ground—and to a love that will sustain her?
Kindle Price: $1.99
Click here to download this book.
Posted by Joisel at 12:00 AM