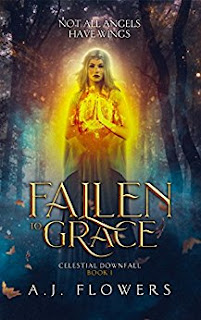 Fallen to Grace
Angels have ruled for too long... it'll take one of their own to stop them. Azrael's a wingless angel, and if that wasn't bad enough, she's the only one with a functioning conscience. Her bi-color eyes mark her as a moral hybrid, and when she breaks her enslavement to Manor Saffron by making a deal with a demon, she doesn't expect to become Queen. She’ll have to survive her new royal magic, convince a legion of angels she’s worth fighting for, and find the breach in her Faustian deal, or risk a new master with horns.
Kindle Price: $0.00
Click here to download this book. 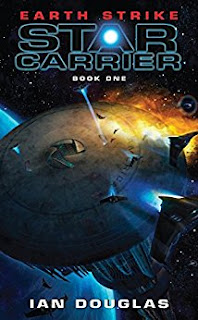 Earth Strike: Star Carrier
Earth Strike rockets readers into a vast  and deadly intergalactic battle, as humankind attempts to bring down an evil empire and establish itself as the new major power.
Kindle Price: $0.99
Click here to download this book.
Posted by Joisel at 5:08 AM