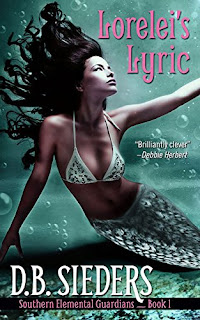 Lorelei's Lyric
If Lorelei sings, someone will die. Her beautiful voice once cost a life. Still, music is her passion. What’s a mermaid to do? Run off and live vicariously through mortal musicians! Unfortunately, gorgeous rocker Vance Idol almost succumbs to her siren call after his show in Nashville. Not that Vance cares—not since his girlfriend’s fatal overdose left him with a supersized death wish. Lorelei makes it her mission to undo the damage and help this talented and charismatic man on the eve of his band’s big break.  But saving a mortal man is a dangerous proposition. Lorelei could far too easily lose her heart, and quite possibly her immortality, during her American holiday. Bad boy Vance might be worth the risk. Can their love survive his attitude, her fins, and an evil Pixie with a grudge against them both?
Kindle Price: $0.00
Click here to download this book. 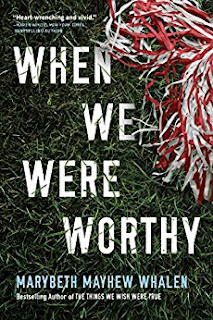 When We Were Worthy
When the sound of sirens cuts through a cool fall night, the small town of Worthy, Georgia, hurtles from triumph to tragedy. Just hours before, they’d watched the Wildcats score a winning touchdown. Now, they’re faced with the deaths of three cheerleaders—their promising lives cut short in a fatal crash. And the boy in the other car—the only one to survive—is believed to be at fault. As rumors begin to fly and accusations spin, allegiances form and long-kept secrets emerge. At the center of the whirlwind are four women, each grappling with loss, regret, shame, and lies: Marglyn, a grieving mother; Darcy, whose son had been behind the wheel; Ava, a substitute teacher with a scandalous secret; and Leah, a cheerleader who should have been in the car with her friends, but wasn’t. If the truth comes out, will it bring redemption—or will it be their downfall?
Kindle Price: $1.99
Click here to download this book.
Posted by Joisel at 6:44 AM