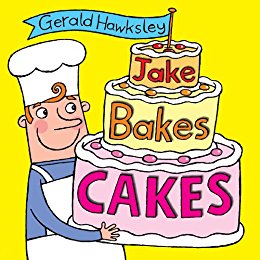 Jake Bakes Cakes
"This is Jake. Jake bakes cakes! What kind of cakes does Jake bake? He bakes upside down cakes for acrobats. And pumpkin cakes for witches and their cats. He bakes banana cakes for monkey in the tree. And fish cakes for fishes in the sea . . ." But what does Jake do when his baking day is done? Why, he throws off his hat, puts up his feet and . . . well you'll find out at the end of this jolly rhyming picture book.
Kindle Price: $0.00
Click here to download this book. 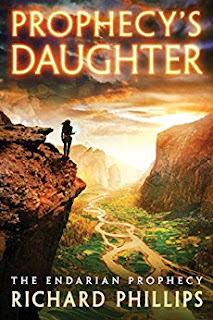 Prophecy's Daughter
The epic fantasy continues as Lorness Carol’s burgeoning magical powers are the only hope in a destined war between good and primordial evil…“The silent one in the west has awakened.” A tantalizing message reignites Kragan’s centuries-old fury to find and exterminate the unwitting young adversary prophesied to destroy him. One step ahead of her pursuer, Lorness Carol, a warlord’s daughter and magic wielder, has led her people to a new stronghold in a verdant valley. Here, she’s been reunited with Blade, the assassin she has loved since childhood. But her spell book holds the secrets to powers she never imagined—powers that are not only expanding her abilities but challenging her sanity. As Carol grows more desperate to learn and control the powers of enchantment she was born to wield, Kragan and his minions wage a war to destroy Carol’s destiny before it’s realized. But if her people require the summoning of an ancient darkness to save them, then by all the gods, she will bring it.
Kindle Price: $1.99
Click here to download this book.
Posted by Joisel at 12:00 AM