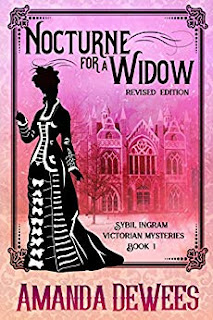 Nocturne for a Widow
Vivacious actress Sybil Ingram looks forward to a life of security when she leaves the theater to marry a wealthy American. But when he dies on their wedding night, she finds herself a penniless widow. Her only legacy is Brooke House, a Gothic revival manor in the wilds of the Hudson River Valley. However, the eerie mansion comes with two tenants. One is a hostile ghost. The second, and far worse, is former violinist Roderick Brooke--the most insolent, dangerous, maddeningly gorgeous man she's ever met. As Sybil and Roderick engage in a battle of wills--and wits--she finds herself increasingly drawn to him despite her growing suspicion that there is a connection between him and the spirit that haunts Brooke House. But soon an even greater threat arises: the mysterious queen of local society, Mrs. Lavinia Dove. For reasons that Sybil can't imagine, Mrs. Dove is determined to have Brooke House and Roderick for herself... if necessary, by deadly means.
Kindle Price: $0.00
Click here to download this book. 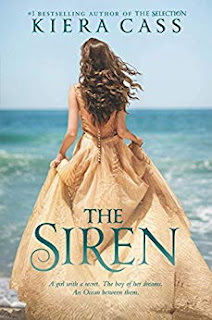 The Siren
"You must never do anything that might expose our secret. This means that, in general, you cannot form close bonds with humans. You can speak to us, and you can always commune with the Ocean, but you are deadly to humans. You are, essentially, a weapon. A very beautiful weapon. I won't lie to you, it can be a lonely existence, but once you are done, you get to live. All you have to give, for now, is obedience and time..." The same speech has been given hundreds of times to hundreds of beautiful girls who enter the sisterhood of sirens. Kahlen has lived by these rules for years now, patiently waiting for the life she can call her own. But when Akinli, a human, enters her world, she can't bring herself to live by the rules anymore. Suddenly the life she's been waiting for doesn't seem nearly as important as the one she's living now.
Kindle Price: $1.99
Click here to download this book.
Posted by Joisel at 4:48 AM