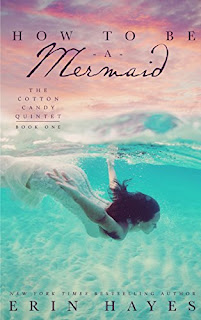 How to be a Mermaid
All Tara ever wanted was to be a mermaid. So she takes a year off between high school and college to don a fake tail and tour aquariums across the country in a professional mermaid troupe. Everything's great until she meets a gorgeous real-life merman named Finn. Suddenly, what she thought was a dream turns out to be a nightmare -- she's turning into a mermaid herself. For real. Yet when she returns to the sea to seek out Finn and reverse her transformation, she finds herself in the middle of an impending war between the land and sea. Tara may have always wanted to be a mermaid, but now it's sink or swim. In order to survive, she has to learn how to be one, too.
Kindle Price: $0.00
Click here to download this book. 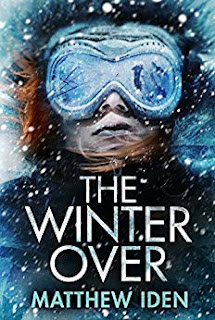 The Winter Over
Each winter the crew at the Shackleton South Pole Research Facility faces nine months of isolation, round-the-clock darkness, and one of the most extreme climates on the planet. For thirty-something mechanical engineer Cass Jennings, Antarctica offers an opportunity to finally escape the guilt of her troubled past and to rebuild her life. But the death of a colleague triggers a series of mysterious incidents that push Cass and the rest of the forty-four-person crew to the limits of their sanity and endurance. Confined and cut off from the outside world, will they work together or turn against one another? As the tension escalates, Cass must find the strength to survive not only a punishing landscape but also an unrelenting menace determined to destroy the station—and everyone in it.
Kindle Price: $1.99
Click here to download this book.
Posted by Joisel at 4:38 AM