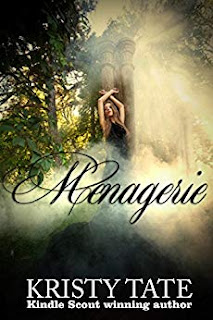 Menagerie
Everyone talks to animals. Some do it every day, although very few stop to listen for a reply. Lizbet Wood does, and this is just one of the things that set her apart. She really doesn’t understand how different she is until violence shatters her solitary existence. While Lizbet seeks to understand why mother sought refuge on a deserted island in the Pacific Northwest, she comes face to face with the dangers her mother tried, but failed to escape. When her mother is gravely injured, Lizbet is forced from the island and thrust into a world even more complex and threatening than she could have ever imagined. A world where the animals have no say…or do they?
Kindle Price: $0.00
Click here to download this book. 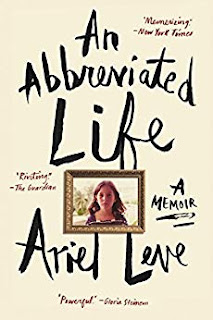 An Abbreviated Life
A beautiful, startling, and candid memoir about growing up without boundaries, in which Ariel Leve recalls with candor and sensitivity the turbulent time she endured as the only child of an unstable poet for a mother and a beloved but largely absent father, and explores the consequences of a psychologically harrowing childhood as she seeks refuge from the past and recovers what was lost. Ariel Leve grew up in Manhattan with an eccentric mother she describes as “a poet, an artist, a self-appointed troublemaker and attention seeker.” Leve learned to become her own parent, taking care of herself and her mother’s needs. There would be uncontrolled, impulsive rages followed with denial, disavowed responsibility, and then extreme outpourings of affection. How does a child learn to feel safe in this topsy-turvy world of conditional love? Leve captures the chaos and lasting impact of a child’s life under siege and explores how the coping mechanisms she developed to survive later incapacitated her as an adult. There were material comforts, but no emotional safety, except for summer visits to her father’s home in South East Asia—an escape that was terminated after he attempted to gain custody. Following the death of a loving caretaker, a succession of replacements raised Leve—relationships which resulted in intense attachment and loss. It was not until decades later, when Leve moved to other side of the world, that she could begin to emancipate herself from the past. In a relationship with a man who has children, caring for them yields clarity of what was missing.
Kindle Price: $1.99
Click here to download this book.
Posted by Joisel at 6:31 AM