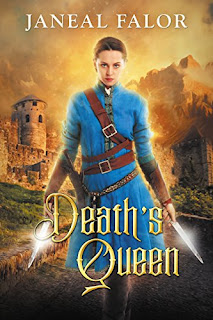 Death's Queen
Nameless. Unknown. Alone.
An assassin without a name, born to kill. Owned by a vicious man who refuses to call her anything but girl, she is forced to commit atrocious acts of violence. Vowing to take her future into her own hands, the seventeen-year-old decides to risk everything on one act of defiance—drinking from The Death Drink. The beverage kills most whose lips touch it—only allowing those who are destined to be royalty survive the first sip.
Powerful. Revered. Hunted.
To the astonishment of the nation of Valcora, she imbibes it and lives, which crowns her queen. Thrown into a life of royal intrigue, she now has a purpose—to rule with the fairness she was never shown. Despite her altruistic plans, it becomes apparent that someone wants her dead. The new queen must use her training from the former life she only wants to forget in order to stay alive long enough to turn her kingdom into something she can be proud of. She’ll hold onto the crown… or die trying.
Kindle Price: $0.00
Click here to download this book. 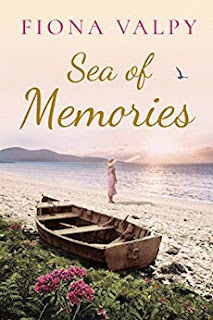 Sea of Memories
In 1937, seventeen-year-old Ella’s life changes forever when she is sent to spend the summer on the beautiful Île de Ré and meets the charismatic, creative Christophe. They spend the summer together, exploring the island’s sandy beaches and crystal-clear waters, and, for the first time in her life, Ella feels truly free.But the outbreak of war casts everything in a new light. Ella is forced to return to Scotland, where she volunteers for the war effort alongside the dashing Angus. In this new world, Ella feels herself drifting further and further from who she was on the Île de Ré. Can she ever find her way back? And does she want to? From the windswept Île de Ré to the rugged hills of Scotland, Sea of Memories is a spellbinding journey about the power of memory, love and second chances.
Kindle Price: $2.99
Click here to download this book.
Posted by Joisel at 4:05 AM