Happy Monsters
Happy Monsters is a fun storybook about a few friendly monsters! This is an excellent read for beginning and early readers. Each story is easy to read and exciting. Cute and bright illustrations for younger readers and a free coloring book.
Kindle Price: $0.00
Click here to download this book. 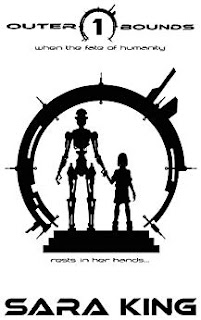 Fortune's Rising
Humanity, in its struggle to escape its own planet's demise, began sending colony ships from Earth almost seven hundred years ago in the desperate hope a handful would find some place habitable to human life and be able to continue our species. Only one ship survived. It only survived because it found a vast swath of alien planets, all terraformed, all utterly abandoned. Alien megastructures cold and lifeless. Alien vehicles left in panicked lines, sealed from the inside, no corpses within. Empty space stations, with no one to run them but the dust. Resources everywhere, ripe for the taking. But Fortune is different. Of all the planets colonized by humans after the chaos of Migration, this single, jungle-infested colony on the very edge of the known universe holds the key to the alien collapse…and to humanity’s survival. Everywhere else, advanced alien ruins mar every surface, every planetoid, every debris ring and asteroid, but of the creatures that made them, there is no sign. On Fortune, something survives…Unfortunately for humanity, while time is running out, a rebellion is brewing, one that could save our species—or consign it to dust like the aliens that came before us. Now, seven hundred years after our first brush with extinction, the fate of the human race once again rests on the shoulders of a few: a seven-year-old sociopath and her combat-gifted big sister, a man who’s dreamed of the future, an infamous smuggler, and a Coalition pilot sworn to destroy the rebel cause. This time, however, the stakes are higher. For lurking on Fortune is a secret.
Kindle Price: $2.49
Click here to download this book.
Posted by Joisel at 3:07 AM