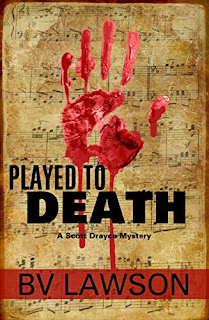 Played to Death
Still suffering nightmares from a case that ended tragically, brilliant freelance crime consultant Scott Drayco considers retiring from crime solving altogether. When a former client bequeaths Drayco a rundown Opera House in a Virginia seaside town, he figures he'll arrange for a quick sale of the place while nursing his battered soul in a peaceful setting near the shore. What he doesn't count on is finding a dead body on the Opera House stage with a mysterious "G" carved into the man's chest. With hopes for a quick sale dashed and himself a suspect in the murder, Drayco digs into very old and very dangerous secrets to solve the crime and clear his name. Along the way, Drayco must dodge a wary sheriff, hostility over coastal development, and the seductive wife of a town councilman - before the tensions explode into more violence and he becomes the next victim.
Kindle Price: $0.00
Click here to download this book. 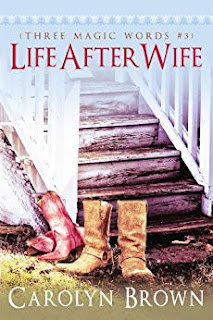 Life After Wife
All’s fair in love and war, and Sophie is determined to win the battle for her aunt Maud’s cattle ranch—even if it means fighting Elijah, a rude ex-military man. But it seems that even from the grave Aunt Maud is still matchmaking; her will states that both Sophie and Elijah must share the ranch evenly, and neither wants to give up a share. But Sophie’s main focus is on the ranch, not romance; she just put her life back together after being betrayed in her previous marriage. As the two work side by side, their feelings begin to change. But before they can find their happily ever after, Elijah must see through Sophie’s hard armor to the sweet soul beneath, and Sophie must help Elijah overcome his wartime nightmares of fallen friends.
Kindle Price: $1.99
Click here to download this book.
Posted by Joisel at 12:00 AM