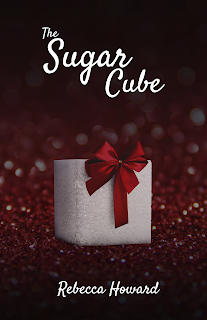 The Sugar Cube
A world-renowned baker with insecurities, a detective determined to prove himself; is this a perfect recipe for love or heartbreak?
Kindle Price: $1.29
Click here to download this book.

Whisper MMidnight Exposuree This
Five years ago, Reed buried his homicide detective career along with his wife. But when a hiker is found dead, the local police chief asks Reed for help. Why was a Celtic coin found under the body? And where is the second hiker? Desperate to avoid the media, Reed doesn’t need a murder, a missing person, or a nosey photographer. Until Jayne is attacked, and he realizes that her courage is his undoing. Reed must risk everything to protect her and find a cunning killer.
Kindle Price: $1.99
Click here to download this book.

Rapid Falls
It’s been twenty years since Cara’s boyfriend died in a horrible accident and her sister, Anna, went to prison. The tragedy has become a local legend, but Cara has moved past her grief to have a successful career and a happy family. Pity about Anna. Recently released from incarceration, she’s struggling with addiction, guilt, and shame—a shattered life. Cara’s forgiveness seems to be the only thing that helps her pick up the pieces. But as Anna pulls herself together, her memories of that night on the bridge start to come into focus. And few of them match her sister’s. As past secrets unfold and nothing is what it seems anymore, Anna desperately searches for the truth. But what if Cara doesn’t want her to find it?
Kindle Price: $1.99
Click here to download this book.

A Bound Heart
Though Magnus MacLeish and Lark MacDougall grew up on the same castle grounds, Magnus is now laird of the great house and the Isle of Kerrera. Lark is but the keeper of his bees and the woman he is hoping will provide a tincture that might help his ailing wife conceive and bear him an heir. But when his wife dies suddenly, Magnus and Lark find themselves caught up in a whirlwind of accusations, expelled from their beloved island, and sold as indentured servants across the Atlantic. Yet even when all hope seems dashed against the rocky coastline of the Virginia colony, it may be that in this New World the two of them could make a new beginning--together.
Kindle Price: $0.79
Click here to download this book.