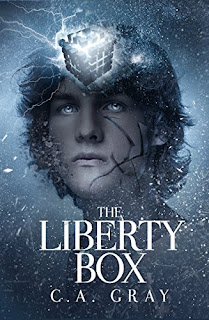 The Liberty Box
Kate Brandeis has it all: a famous reporter at the age of twenty-four, she's the face of the Republic of the Americas. She has a loving fiancee and all the success she could wish for. But when she learns of the death of a long-forgotten friend, her investigations unravel her perfect memories, forcing her to face the fact that she's been living a lie. Jackson MacNamera, trained from a young age in the art of mind control, returns to the Republic for his mother's funeral. Within a few hours of his arrival, authorities collect Jackson and take him by force to a room ironically called The Liberty Box, where he must choose between surrendering his thoughts to the new Republic, or fleeing for his freedom. Kate, bereaved and confused, finds her way to a cave community of refugees, where Jackson seems to offer her an escape from her grief. The two forge an uneasy bond, and in the process Jackson learns that Kate has some insight which may help the hunters in their attempt to free other citizens from the tyranny of the Potentate. Against the expressed wishes of the Council, the hunters plot a series of daring raids, attempting to prove that not only is freedom possible, but that the citizens are not too far gone to desire it. But with the odds so stacked against them, can the refugees succeed in their rescue missions right under the Potentate's nose?
Kindle Price: $0.00
Click here to download this book. 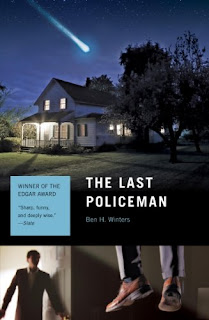 The Last Policeman
Detective Hank Palace has faced this question ever since asteroid 2011GV1 hovered into view. There’s no chance left. No hope. Just six precious months until impact. The Last Policeman presents a fascinating portrait of a pre-apocalyptic United States. The economy spirals downward while crops rot in the fields. Churches and synagogues are packed. People all over the world are walking off the job—but not Hank Palace. He’s investigating a death by hanging in a city that sees a dozen suicides every week—except this one feels suspicious, and Palace is the only cop who cares.
Kindle Price: $1.99