All Prices mentioned below are supposed to be valid till 11:59 PM US PST September 15th but Please double check the price before you download the book. Prices for eBooks changes every day (Sometimes, several times a day!)

The Lake House Secret, A Romantic Mystery Novel (A Jenessa Jones Mystery Book 1)
Since feisty newspaper reporter Jenessa Jones' return to her hometown of Hidden Valley, her romance with Detective Michael Baxter has begun to heat up--but his ex-wife and her ex-boyfriend do all they can to keep that from happening. When a scandalous murder is uncovered on the local college campus, Jenessa is assigned the front-page story. Her aunt is named as a prime suspect, compelling Jenessa to find the real killer in order to keep her family member from going to prison. As she follows the trail of clues, Jenessa's investigation puts her life in grave danger. Can Detective Baxter capture the murderer and save the woman he loves?
Kindle Price: $0.00
Click here to download this book.

Dying to Tell (A Slaughter Creek Novel)
Sadie Nettleton receives a telephone call. She hears her sister’s voice and then a gun shot. Sadie rushes back to her hometown to find her sister, Amelia, the main suspect in the murder of their grandfather. Amelia is suffering from multiple personality disorder. Sheriff Jake Blackwood wants to believe that Amelia is not guilty for Sadie’s sake but all the evidence is pointing right at her. Jake and Sadie used to be in a relationship until she ran off and broke his heart.
Kindle Price: $1.99
Click here to download this book. 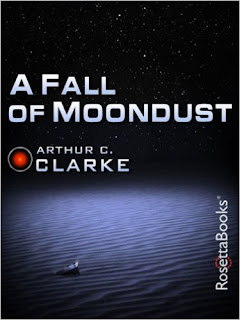 A Fall of Moondust (Arthur C. Clarke Collection)
Pat Harris is the captain of Selene, the only tour bus on the moon. Every day he and his stewardess, Sue Wilkins, take passengers on a trip across the moon's Sea of Thirst. This crater filled with moondust seems similar to a lake on Earth, and Selene, like a motorboat, smoothly skims across its surface. By the light of Mother Earth, Selene's passengers are entertained by glorious views of the moon's topography, including the impressive Mountains of Inaccessibility. Pat Harris loves his job. Selene is an excellent dust cruiser, Pat enjoys skimming along the dust and delighting his passengers with the moon's views, and he has a secret crush on his stewardess. But Pat's and Sue's wits and characters will be severely tested when an unexpected moonquake shakes the Sea of Thirst and Selene sinks into the dust. Communications are cut off and nobody knows where they are. Now Selene's crew and passengers must work together to try to save themselves while scientists and technicians from Earth and the moon are frantically trying to locate them.
Kindle Price: $1.99
Click here to download this book. 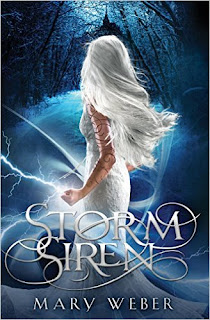 Storm Siren (The Storm Siren Trilogy Book 1)
In the war ravaged kingdom of Faelen, 17 year old slave girl Nym is born with elemental powers which she should not have as only males have this power and are killed at birth. Standing in the slave auction for her 15th sell she accidentally lets loose her powers but is bought by Adora, a powerful court adviser, to be trained as a weapon for Faelen. Nym is thrown into a world of politics and parties at night and during the day spends her time training her powers with fellow student Colin and handsome trainer Eogen. However, does Nym have it in her to be the weapon that people want her to be?
Kindle Price: $1.99Click here to download this book. 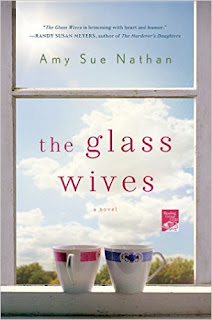 The Glass Wives: A Novel
When Richard Glass died unexpectedly, he left behind a wife, Nicole, and baby Luca—but he also left an ex-wife Evie and twins Sophie and Sam. The ex-wife and widow combine their efforts to sit shiva after the death. And Evie thinks that will be the final connection between her and Nicole. After all, Nicole was the last straw that came between Richard and Evie that led to their divorce three years before. But things don't always work out the way we think, and when Nicole starts showing up on Evie's doorstep and making herself entirely too much a part of Evie's life, she is annoyed. Then, at about the same time as Evie realizes that her finances are a mess, Nicole suggests the two families join forces to help with expenses. In some ways, this makes sense. The life insurance money hasn't come through, and Evie's part-time job is not going to bring in enough. And it will be good for the siblings to stay connected. But what are Nicole's true motives? Does she have a secret agenda? And if she does, what will happen when it is revealed?
Kindle Price: $2.99Click here to download this book.

This week's Featured Kindle Countdown Deal
Seattle Memoirs; Inspired by my stint at Amazon.com
It begins as a story of a technologist leaving behind his beloved Silicon Valley for Seattle. It unfolds into a moving story capturing Seattle's beauty, its interesting people and culture; and the inside scoop on the dot-com world. Technology. Innovation. Humor. Wit. Imagination. They all come together very nicely in Seattle Adventures.
Kindle Price: $0.99
Click here to download this book.
Posted by Joisel at 12:30 AM