All Prices mentioned below are supposed to be valid till 11:59 PM US PST September 15th but Please double check the price before you download the book. Prices for eBooks changes every day (Sometimes, several times a day!)

Honeymoon For One (Honeymoon Series Book 1)
A jilted bride, a lonely getaway, a romantic destination, a gorgeous driver and deception. Sounds like a perfect summer escape. Ava is dumped just before her wedding by her cheating fiancée. She cancels everything but the honeymoon. She decides to get away by herself, to try to deal with her situation and figure out how to move on. Naturally her flight is delayed, she loses her luggage and she falls into the arms of a handsome stranger who goes out of his way to help her.
Kindle Price: $0.00
Click here to download this book.

Killing Cupid
When Alex Parkinson joins a creative writing class, he soon realises that he and his tutor, Siobhan McGowan, are meant to be together. Alex will do anything to be with her. Like buying her designer clothes and lingerie...with her own credit card. Like breaking into her house and reading her diary. Like threatening her ex-boyfriend – and watching his love rival plummet from a rooftop. But when Alex finally admits defeat and seeks solace elsewhere, Siobhan decides to take revenge. How dare he lose interest in her? He picked the wrong woman to stalk then just back off! As their lives begin to unravel and the past closes in, Alex and Siobhan embark on a collision course that threatens to destroy both themselves and everyone around them...
Kindle Price: $2.99
Click here to download this book. 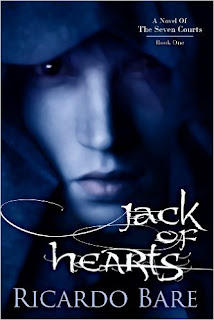 Jack of Hearts: Volume 1 (A Novel of the Seven Courts)
This is about a pale skinned boy named Jack who has given his heart to the Lady of Twilight in exchange for not feeling anything anymore. The Lady of Twilight agrees and changes Jack into a heartless, unsympathetic hunter. The Lady of Twilight tells Jack to find Moribrand (a magician) and kill him. Jack of course obeys the Lady. On his journey finding Moribrand, he is captured by men who work for a Salt Baron named Jacosta and they take him to their camp. Moribrand is resting at Jacosta’s camp. While there, Jacosta tells Jack that he has an Oracle who told Jacosta that Moribrand and Jack were coming and were going to ruin him. Well, it just so happens both Jack and Moribrand escape and burn down Jacosta’s camp. Upon leaving, Jack takes the mirror were the oracle is trapped. Moribrand runs into a dwarf at a bridge where the dwarf tries to take Moribrand’s giant slave, Minnow’s, legs. However, in order to take his legs he needs to know his real name and Moribrand doesn’t know his real name. Afterwards, when Jack runs into the dwarf, they scuffle and the troll throws the mirror into the water but Jack jumps in after to save the mirror. Jacosta still is following them and after having a conversation with the dwarf, he decides to go after Moribrand because he knows if he finds Moribrand he’ll find Jack. All the while Jack is following Moribrand, Jack starts to feels things again. He thinks about his past and what he has done, but he also starts to think about his present actions. Along with the help of Cassandra (the woman trapped in a mirror), Jack bring these buried feelings to the forefront and starts to think about his allegiance to the Lady of Twilight.
Kindle Price: $1.99
Click here to download this book. 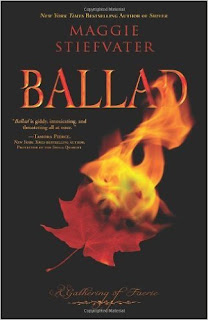 Ballad: A Gathering of Faerie
In this mesmerizing sequel to Lament: The Faerie Queen's Deception, music prodigy James Morgan and his best friend, Deirdre, join a private conservatory for musicians. James' musical talent attracts Nuala, a soul-snatching faerie muse who fosters and feeds on the creative energies of exceptional humans until they die. Composing beautiful music together unexpectedly leads to mutual admiration and love. Haunted by fiery visions of death, James realizes that Deirdre and Nuala are being hunted by the Fey and plunges into a soul-scorching battle with the Queen of the Fey to save their lives.
Kindle Price: $1.99
Click here to download this book. 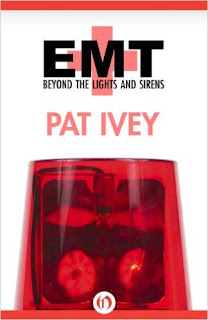 EMT: Beyond the Lights and Sirens
This book takes the reader to the front lines of medicine, from a serious automobile accident on a dark country road to a woman in cardiac arrest to a young man with near-fatal gunshot wounds. For these patients and countless others, treatment cannot wait until they are wheeled into a distant emergency room. If lives are to be salvaged, care must begin with the life-saving skills of Emergency Medical Technicians. “I could never work on a rescue squad,” is a statement the author has heard over and over throughout her years of squad service and readily admits it once described her own feelings. “If I can do it, so can you,” is her response to those whose fear and self-doubt hold them back. “Anything is possible.”
Kindle Price: $1.99
Click here to download this book. 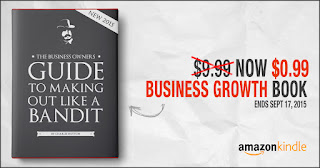 The Business Owners Guide To Making Out Like A Bandit: How To Get Even The Most Greedy... Penny Pinching... Money Hoarding Customers Spending Money Like They Used To!
Finally stack the the deck in your favour with this library of hidden marketing assets, that'll get you through any cash crisis without a scratch!
Kindle Price: $0.99
Click here to download this book.
Posted by Joisel at 12:31 AM