All Prices mentioned below are supposed to be valid till 11:59 PM US PST October 1st but Please double check the price before you download the book. Prices for eBooks changes every day (Sometimes, several times a day!)

All of Me (The Bridesmaids Club Book 1)
Four friends. Twenty-two bridesmaids' dresses.
One random act of kindness that will change their lives forever.
Kindle Price: $0.00
Click here to download this book.

The Silent Girls
Frank Rath's days as playboy cop came to a sudden halt seventeen years ago, when his sister and her husband were murdered, leaving their small daughter, Rachel, an orphan. The killer, a man dubbed “Preacher” is now up for parole. Frank became Rachel's father, and began work in the private sector as a detective. Now, Rachel is away at college and Frank is still fighting off his demons as it becomes clear that this is going to be a very cold and dark Vermont Winter. When a young girl vanishes, Frank is called in to assist in the investigation. When a body is found, the evidence begins to tie in a string of missing persons cases, all of them young women. It takes a while for Frank to connect the dots as to what these women have in common, but when he does, he wants his daughter's help with the case. The problem is he can't seem to find her or make contact with her, leaving him to fear the worst.
Kindle Price: $2.99
Click here to download this book. 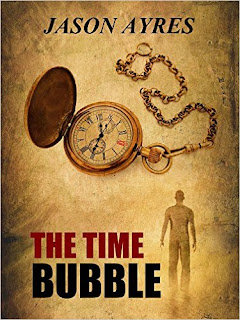 The Time Bubble
Charlie and Josh’s interests were the same as most other teenagers: drinking, parties and girls. That was until the day they discovered the Time Bubble. It starts at a bit of fun, jumping a few seconds into the future. Soon things take a more serious turn as the leaps in time increase in duration. When a teenage girl goes missing, and the police become involved, suspicion falls on Charlie. How can he explain where she is? Will anyone believe him?  As the long term dangers of the Bubble become clear, one man comes up with a solution – one that could hold the key to his own salvation.
Kindle Price: $0.99
Click here to download this book. 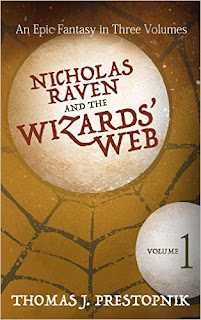 Nicholas Raven and the Wizards' Web - Volume 1
Nicholas Raven gets unwittingly tangled up in the affairs of two corrupt wizards and is falsely accused of robbery and murder. He reluctantly flees home to save himself, but can he ever reclaim his life of old?
Kindle Price: $2.99
Click here to download this book. 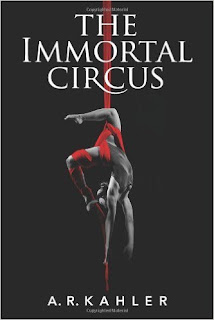 The Immortal Circus (Cirque des Immortels Book 1)
Vivienne joined the Immortal Circus to escape her past but it appears her only skill is making cotton candy (which is usually a job for the local mortals) while everyone else in the cast has a magical circus act. Vivienne remembers signing a contract but can't remember the specifications of her contract. Vivienne can't even remember the past she escaped. Everyone in the Immortal Circus will live forever but then someone in the cast gets murdered. It's all very mysterious... will Vivienne be able to unravel the mysteries?
Kindle Price: $2.00
Click here to download this book. 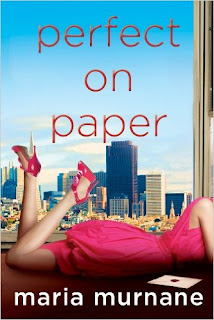 Perfect on Paper (The (Mis)Adventures of Waverly Bryson Book 1)
Waverly Bryson is a late-20s successful businesswoman who almost has it all: dream job in Sports PR, two best friends, and a bar where everybody knows her name. What she doesn't have is a ring on her finger, and after being left at the altar, she's in no hurry. Besides, she has plenty of other issues to tackle, including her wayward father, a new rival at work, and an ever-shrinking amount of personal time. To keep sane, Waverly makes a habit of jotting down "Honey Notes," her own brand of self-deprecating wisdom and pipe-dream for a line of greeting cards.  As Waverly stumbles back into the dating scene (no stalkers or jean shorts, please), her personal and professional lives threaten to collide. Perfect on Paper reminds readers that everyone has a bad date (or twelve), and that everyone needs a best friend to tell them, “Honey, you are not alone."
Kindle Price: $2.00Click here to download this book. 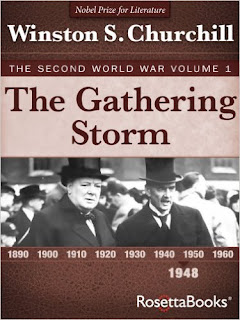 The Gathering Storm: The Second World War, Volume 1 (Winston Churchill World War II Collection)
Winston Churchill’s monumental The Second World War, is a six volume account of the struggle between the Allied Powers in Europe against Germany and the Axis. Told by British Prime Minister Winston Churchill, this book is also the story of one nation’s heroic role in the fight against tyranny. Having learned a lesson at Munich they would never forget, the British refused to make peace with Hitler, defying him even after France had fallen and it seemed as though the Nazis were unstoppable. The Gathering Storm covers the Treaty of Versailles, the rise of Adolf Hitler, the capitulation of Munich and the entry of Britain into the war. This book makes clear Churchill’s feeling that the Second World War was a largely senseless but unavoidable conflict.
Kindle Price: $2.99Click here to download this book.