All Prices mentioned below are supposed to be valid till 11:59 PM US PST September 30th but Please double check the price before you download the book. Prices for eBooks changes every day (Sometimes, several times a day!)

Teaching The Boss (Billionaires in the City Book 1)
Business-school student April Morgan is ready to graduate--from school, from the secretary pool, and from never-gonna-happen fantasies involving Sam Hunt, her hunky billionaire boss. But when Sam’s girlfriend of the week pushes her too far, April finds herself quitting on the spot with only a mountain of student loan debt to keep her company. In steps Sam’s worst enemy, his father, with a job offer she can't refuse. Sam was born into privilege, but refused to live life with a silver spoon in his mouth. After a decade of hard work, he’s on the verge of taking his business public and proving to his tyrannical family that he can make it without their help. When he finds out that April is working for his father, he knows she’s been turned into a pawn in his father’s twisted games. Despite Sam’s warnings, April is determined to prove she doesn’t need him to make in New York City. But when she finds documents that could lead to Sam losing everything he’s worked for, April realizes that she and Sam have to work together to save the empire they’ve both worked to build.
Kindle Price: $0.00
Click here to download this book.

Miramont's Ghost
Set first in France circa 1884. A precocious young girl, Adrienne has visions. At the tender age of 5, she gets excited about these stories and shares them,making her an object of curiosity to some and fear to others. Adrienne obviously does not live in a vacuum. She is a member of a noble family with dark history. Her grandmother died under mysterious circumstances, her Aunt Marie is a recurring terrifying subject in Adrienne's visions.As the child grows, the darkness surrounding her slowly amplifies with only occasional rays of light. Her exceedingly sad life descends into madness when she is shipped off to America to live with her hated Aunt Marie and her priest son.The beautiful Miramont Castle in Manitou Springs Colorado is the setting for the beginning of Adrienne's timeless ghostly existence.
Kindle Price: $3.99
Click here to download this book. 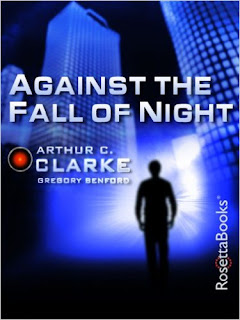 Against the Fall of Night (Arthur C. Clarke Collection: Vanamonde)
This is a rich and intensely poetic vision of a distant future that's sure to delight fans of Clarke and science fiction as a genre.
Kindle Price: $1.99
Click here to download this book. 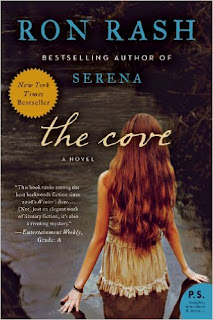 The Cove: A Novel
This is the story of a young woman, Laurel, who lives in a small valley (the "cove") in the Appalachian Mountains of western North Carolina. Laurel is basically shunned by all of the folks that live around her because of her port-wine stain birthmark that they believe marks her as a witch. This novel takes place several months after America's entry in the First World War. Laurel's older brother returned from France after having lost a hand in combat. The brother and sister find a mute young man, Walter, one day who has been badly stung by yellow-jackets and they nurse him back to health. Walter ends up helping Hank and Laurel as they fix up the family farm in the cove.
Kindle Price: $1.99
Click here to download this book. 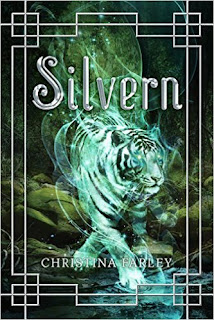 Silvern (The Gilded Series Book 2)
This is about a young teenager Jae Hwa, who moves to South Korea to live with her father and gets embroiled in a battle between the Korean gods of light and darkness. Jae Hwa’s world has turned upside down since she defeated Haemosu, the devious sun god who tried to make her his bride. Her aunt is gone, and now Haemosu’s master, Kud, the god of darkness, is trying to bring Jae Hwa to his cause…or kill her and those she loves. Kud is trying to find a mythical artifact, the White Tiger Orb, and Jae Hwa must stop him along with her lackluster friends: Marc, her boyfriend; Michelle, her chatty school friend; and Kang-dae, one of the guardians of Shinshi.
Kindle Price: $1.99Click here to download this book. 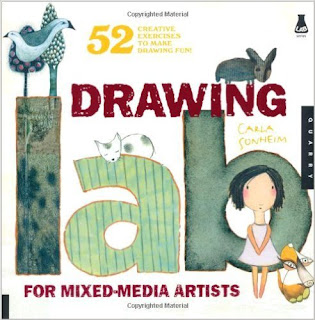 Drawing Lab for Mixed-Media Artists: 52 Creative Exercises to Make Drawing Fun (Lab Series)
This book offers readers a fun way to learn and gain expertise in drawing through experimentation and play. There is no right or wrong result, yet, the readers gain new skills and confidence, allowing them to take their work to a new level.
Kindle Price: $2.99Click here to download this book.