All Prices mentioned below are supposed to be valid till 11:59 PM US PST September 29th but Please double check the price before you download the book. Prices for eBooks changes every day (Sometimes, several times a day!)

Girl's Guide to Witchcraft: A Humorous Paranormal Romance
For good-girl Jane Madison, neither has a shot in hell of coming true -- until the day she finds a hidden room . . .Now she's done a bit of experimenting and found a spell that makes her irresistible to men -- even those who have previously ignored her. And another that turns a cat into her witch's familiar (a snarky, critical, self-absorbed man -- pretty much a typical male). Though her impulsive acts of magic have brought a warder (sexy, grouchy, elusive and determined to stop her from using magic) down on her, Jane's not willing to let go of this fantastic new life. Though she wonders about having things that aren't "real," she's having too much fun to stop. After all, no one ever said being a witch was easy . . .
Kindle Price: $0.00
Click here to download this book.

Legal Thriller: The Defendants: A Courtroom Drama (Thaddeus Murfee Legal Thriller Series Book 1)
Rookie attorney Thaddeus Murfee is hired to defend Ermeline Ransom, accused of murdering the man who carved his name in her chest. Ermeline's persecutors are not only the District Attorney but also the Chicago Mob and Illinois governor in this legal thriller. Set in small-town Illinois, the Governor is in the business of accepting payoffs from state contractors on construction jobs. In the end he is at the bottom of the plot to send Ermeline to the execution chamber for the murder she didn't commit. You never win against the Mob, Thaddeus is warned. Now the FBI has the lowdown on the players and Thaddeus needs their help but is afraid they will come after his client too. For Ermeline to walk away from the murder charges Thaddeus Murfee must not only prove her innocence but must also outwit the Mob and the Governor and stay alive himself. A murder trial ensues, which is followed by a show-down between the Mob's hitman and Thaddeus while the surprise ending leaves the reader breathless in this courtroom thriller.
Kindle Price: $2.99
Click here to download this book. 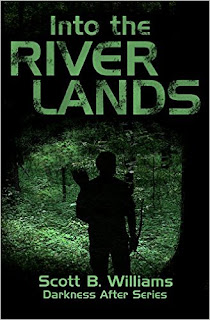 Into the River Lands (Darkness After Series Book 2)
In the aftermath of an electromagnetic pulse that has shut down the power grid in North America and beyond, the river bottom forestlands of southeastern Mississippi are the setting for this story of a group of teens and young adults trying to survive in a world gone dark, where law and order has crumbled to anarchy
Kindle Price: $2.99Click here to download this book. 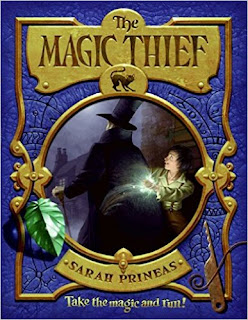 The Magic Thief
Conn just wanted some money to pay for his meal when he picked a wizard, Nevery's, pocket. Taking Nevery's locus magicalicus (a stone that helps wizards to focus when using magic) should have caused Conn to die. But he didn't. Nevery finds this interesting, and takes Conn in as his apprentice. Life is still difficult for Conn even though he gets fed, has a roof over his head, and he even learns how to read. There is contempt for him since he is a known thief and lock pick. The city that he lives in has a dwindling supply of magic. He is given only 30 days by the Magisters to find his OWN locus magicalicus for himself. He knows that it is not in his academicos' stores.
Kindle Price: $1.99
Click here to download this book. 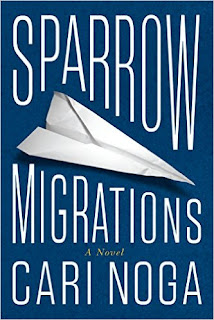 Sparrow Migrations
This is an inspiring, heartfelt look at the crucible of crisis and the power of human connection.
Kindle Price: $1.99
Click here to download this book.
Posted by Joisel at 12:27 AM