All Prices mentioned below are supposed to be valid till 11:59 PM US PST October 21st but Please double check the price before you download the book. Prices for eBooks changes every day (Sometimes, several times a day!)

Drive Me Crazy: Holland Springs Series, Book 1(Contemporary Romance)
Twenty-four year old Troublemaker Extraordinaire, Melanie Ann Smith, isn’t asking for much out of life: a house without wheels, to travel further than her home state and her best friend’s older brother, Carter Ambrose. Only three things stand in her way: juggling all of her odd jobs, keeping her daddy from gambling away all of their money and getting Carter to see her as a woman. NASCAR racer, Carter Ambrose, has finally decided to take his doctor’s advice and find a new occupation before another wreck on the track kills him. Only his doctor hadn’t counted on his little sister’s best friend, Melanie Ann Smith, crashing his weeks of solitude with her short skirts and platform heels. And that’s not the least of his problems. His mother has decided that she wants grandchildren and the only woman that's good enough for the job-his ex-fiance. Soon Melanie and Carter agree to a temporary relationship. One with benefits that is mutually satisfying in every way, or so each believes. And just when they are ready admit their feelings, family secrets are exposed, threatening Melanie and Carter's fragile relationship. Will Carter risk it all for love, or will Melanie be left holding the trophy for second place?
Kindle Price: $0.00
Click here to download this book.

Mystery: The Se7en Deadly Sins of Man (A Suspense thriller, Conspiracy Theory): (Murder Mystery, Drama,Suspense,Thriller Mystery Book #1)
They have controlled humanity’s fate for over 2000 years. They have started countless bloody wars, they have created and released plagues which have destroyed entire nations, and they have manipulated and ruined an untold number of economies in order to profit from it. They do not have a name or a public face, but informally, they are known as “The Se7en.” Lust, Gluttony, Greed, Sloth, Envy, Pride, and Wrath. They are the puppet masters and humanity is their marionettes.
Kindle Price: $2.99
Click here to download this book. 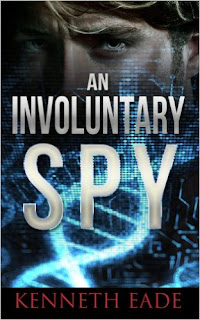 Spy Thriller: An Involuntary Spy: An espionage thriller
Seth Rogan was a shitty spy. Actually, he wasn't a spy at all. Just a guy trying to do the right thing. As a biologist for the largest biotech company in the world, he had a great job, and thoroughly enjoyed all the perks. But when asked to do some tests on the company's genetically engineered (GMO) foods, he became entangled in a trail of corruption, fraud and conspiracy that he wanted no part of, but could not escape from. In a story of mystery and intrigue so true to life it could almost be from today's newspapers, Seth, having bit the hand who fed him, is on the run from them, and the full overreaching strength of the United States government, not as a whistleblower, but as a fugitive, charged with espionage, who finds temporary refuge with an old enemy of the U.S. But his peace is about to be broken as he finds himself in the role of an involuntary spy.
Kindle Price: $2.99
Click here to download this book. 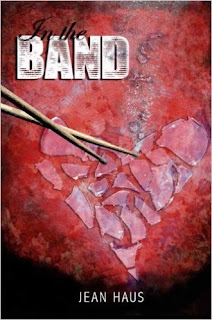 In The Band (Luminescent Juliet Book 1)
When family problems push Riley Middleton into giving up a percussion scholarship in another state and attending college from home, her friends push her to try out for a local rock band. Of course, Riley makes the band. She rules at the drums. Riley soon finds out rock bands have a different dynamic than marching bands, especially when each of her male band mates has a major ego and is a major player. Two of them relentlessly flirt with her. The other—a dark, sexy rock god she can’t help being attracted to— is a total jerk and pushes her to quit. She becomes determined to ignore his rudeness and his hotness. Even if she was interested in jerks, a hook up would probably get her booted out of the ego-ridden band, and playing keeps her sane. Behind the drums, the world and its troubles evaporate. If she wants to stay in the band, Riley needs to ignore the growing sparks between her and her band enemy. But as she gets to know the man behind the stage persona, ignoring him proves to be more difficult than flowing through a time sig shift.
Kindle Price: $1.99
Click here to download this book. 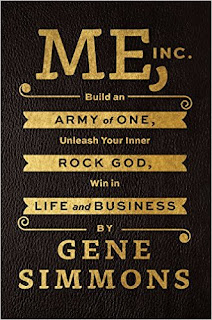 Me, Inc.: Build an Army of One, Unleash Your Inner Rock God, Win in Life and Business
KISS did not become one of the most successful rock bands in history by accident. Long before he first took the stage, Gene Simmons had a clear-cut operating plan for the business. Over the past forty years, KISS has sold more than 100 million CDs and DVDs worldwide and manages 5,000 licensed merchandise items—from comic books and coffins to action figures and video games. The band received a star on the Hollywood Walk of Fame, and in 2014 was inducted into the Rock and Roll Hall of Fame. In addition to KISS, Simmons's lucrative ventures include two hit reality shows, a professional sports team, a restaurant chain, and a record label. A recipient of the Forbes Lifetime Achievement Award, this brilliant executive runs all of his businesses on his own—no personal assistant, few handlers, and as little red tape as possible. In Me, Inc., Simmons gives aspiring entrepreneurs the critical tools they need to succeed.
Kindle Price: $1.99
Click here to download this book. 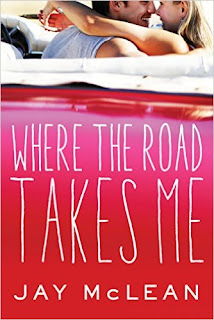 Where the Road Takes Me
Chloe has one plan for the future, and one plan only: the road. She’s made a promise to herself: don’t let anyone in, and don’t let anyone love her. She’s learned the hard way what happens if she breaks her rules. So she’s focused on being invisible and waiting until she can set out on the road—her dream of freedom, at least for a little while. Blake Hunter is a basketball star who has it all—everything about him looks perfect to those on the other side of his protective walls. He can’t let anyone see the shattered pieces behind the flawless facade or else all his hopes and dreams will disappear. One dark night throws Chloe and Blake together, changing everything for Blake. For Chloe, nothing changes: she has the road, and she’s focused on it. But when the so-called perfect boy starts to notice the invisible girl, they discover that sometimes with love, no one knows where the road may lead.
Kindle Price: $1.99
Click here to download this book.