All Prices mentioned below are supposed to be valid till 11:59 PM US PST October 27th but Please double check the price before you download the book. Prices for eBooks changes every day (Sometimes, several times a day!)

Chez Stinky (An Alpine Grove Romantic Comedy Book 1)
Kat Stevens is a slightly insecure, mostly bored technical writer who likes her cat a lot more than her boss. She hasn't laid eyes on her great aunt Abigail since she was eight, so she’s stumped when she inherits Abgail's house in the small hamlet of Alpine Grove. Kat's uncomplicated life gets decidedly less so when she discovers the inheritance comes with some hairy conditions: four dogs and five cats that her aunt wanted her to love as her own. Of course, the house smells like a barn--with a touch of antique skunk--and, naturally, has serious roof issues. And that's before the three-legged cat gets stuck in the wall and the shower goes kablooey. When Kat meets Joel, an unemployed techie type with no love lost for his sister, Kat looks past his obvious flaws, given his timely and desirable skill set: a talent for fixing things (and his own tools). Despite out-of-control dogs, cat fights, dust dinosaurs, massive spiders and an old grizzled hippie passed out in the yard, Kat discovers the tranquility of the forests of Alpine Grove starting to seep into her soul.
Kindle Price: $0.00
Click here to download this book.

Crime: Hit and Run (Thriller Murder Killer FREE BONUS BOOK INCLUDED) (Detective Psychological Suspense)
Robbie and his friends were walking down a long, dirt, road every night and someone was running down teenage boys late at night hoping to find some justice for someone. When one of the boys finds out the girls name after their friend Robbie tells an eerie story that's close to the truth of how the girl died he goes to the library to see if he can find anything else on the story. He is surprised that its not just a story, but its a true story. One by one the boys are killed off as Gregory gets closer and closer to the truth of what happened to his daughter on her last night alive.
Kindle Price: $2.99
Click here to download this book. 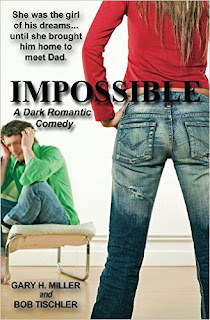 Impossible: A Dark Romantic Comedy
Peter Michaels had been searching for his soul-mate his entire life. Then he met Beth. But when Beth took Peter home to meet her parents, he discovered the shock of his life.
From SATURDAY NIGHT LIVE writer Bob Tischler and FRESH PRINCE OF BEL AIR writer Gary H. Miller comes IMPOSSIBLE, a hilarious, fast-paced, dark romantic novel.
Kindle Price: $3.97Click here to download this book. 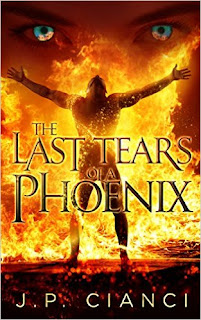 Fantasy: The Last Tears of a Phoenix (Fantasy Fiction, Paranormal Fantasy)
Eighteen-year-old Dayanara discovers that the source of her race’s supernatural powers has more to do with legend than genetic evolution, when she stumbles into the midst of a mystical race of people—the Phoenixes. The night before Day’s eighteenth birthday, she investigates a curious phenomenon outside her village boundary. Every night for the last two months, a strange light shoots into the air with a soul-searing cry that sounds eerily human. When she discovers a young man setting himself on fire and reduced to golden ash, she knows this being belongs to the race of her enemy—but what she doesn't understand is why he, or anyone else in his race, would self-immolate. Her search for answers takes her on a wild adventure where she encounters new friends and a culture riddled with anomalies: emotion-obliterating Rebirths, tears that give life, and a self-healing population with inexplicable scars. But perhaps the most surprising thing that Dayanara finds...is Dorian. The two natural-born enemies are instantly drawn to each other, with a connection so powerful that Day believes nothing could ever sever it—until she learns the magnitude of what a Rebirth actually means for a being like Dorian. Day soon finds herself caught in the middle of love, war, and a duty to her people. When all three collide, she emerges—indelibly scarred—and she is set on a course that will change her life forever.
Kindle Price: $1.99Click here to download this book. 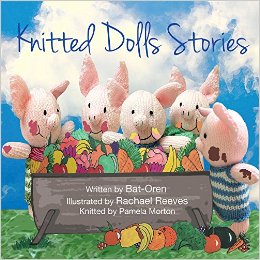 Children's book: Knitted Dolls Stories (animal books for kids, Early readers, short stories for children, kids fantasy, fun time books)
Have you ever seen and play with knitted dolls?
They are so soft and cuddly!
The Knitted Dolls Stories are two amusing tales that begin in reality and continue in fantasy:
The Dolls Rebellion is about a grown-up man who collects animal dolls, when all of a sudden, they start to lose their color.
The Pig Farm is about a little girl and some misbehaved piglets.
Kindle Price: $0.99Click here to download this book. 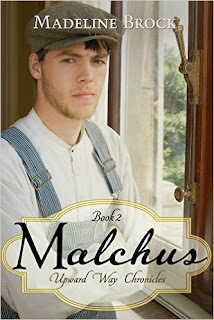 Malchus (Upward Way Chronicles Book 2)
In a world where everyone has something to say, Malchus Hemmings is silent. His alcoholic father has no patience for his mute son and throws Malchus out of the house at only five years of age. The lad adapts to life as a street urchin; and survives by scrounging and begging. He neither seeks nor welcomes companionship until four years later when he is faced with a choice. After stumbling into the crude living quarters of two orphan boys during a storm, he is offered a bed for the night. In an instant, the young Hemmings is drawn to the charismatic "Darby", who is two years older and takes his inability to speak in stride. Jim, a sullen ten year-old, grudgingly accepts the newcomer into their partnership. Life becomes a series of ups and downs as Hemmings learns the art of thievery from his companions. He suffers abuse from other street children, murderous gang leaders, and his own father who seems to lurk in every shadow. Malchus longs to be forgiven of God, but is held back by his burden of sin. When the chilling hand of death strikes a severe blow to the young man, his fragile faith falters and Hemmings comes to the end of himself. Yet, God’s mercy picks Malchus up yet again and provides him with a home and family. Hemmings flourishes in his new surroundings, but when a voice from the past implores his assistance, he rashly responds and soon finds himself behind bars. With both his soul and life on the line, Malchus realizes his desperate need for a rescuer.
Kindle Price: $0.99