All Prices mentioned below are supposed to be valid till 11:59 PM US PST October 28th but Please double check the price before you download the book. Prices for eBooks changes every day (Sometimes, several times a day!)

Can't Buy Me Love (The Eligible Billionaires Book 1)
Everyone knows that Cole Jackson is lethal--in his charm and in his reputation as ruthless media mogul and one of the world's great CEOs. A fact his former executive assistant Meg Parson has learned firsthand. He's the one who banished her from his executive suite with no explanation. Determined to secure her long awaited promotion within Comnet, Meg Parson is back and can deliver the one deal Cole Jackson has always wanted and could never get. This deal is Meg's ticket to the top. Now Meg must juggle this high-stakes deal with her unfathomable attraction to her former boss--an attraction Meg has denied for three years. An attraction which raises painful memories from her past. An attraction that Meg's boss Cole seems to share. If Meg can't pull off this multi-media merger, not only is her career at stake but also her heart.
Kindle Price: $0.00
Click here to download this book.

The Half Truth
Every marriage has its secrets…Tina Bolotnikov, widowed after her husband, Sasha, is killed in a car accident, relocates back to her hometown on the south coast of the UK, to bring up her young son. Her life back in London with her adored husband is now nothing but a memory; a history to pass onto her son. DS John Nightingale saw his partner killed in the line of duty and has made it his personal and professional quest to bring to justice the Russian gang responsible. Five years on and the killer is still free but as reports come in of Sasha Bolotnikov’s brother returning to the UK, John is tasked with tracking him down and following him to the seaside town of Littlehampton. Tina finds herself an unwitting connection to a world she knew nothing about. She thought she knew her husband. She thought their past was the truth. But now as the investigation draws her closer to DS Nightingale, professional lines are blurred and crossed, and only he holds the key to her future.
Kindle Price: $0.99
Click here to download this book. 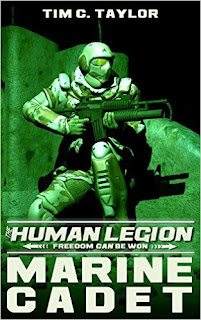 Marine Cadet (The Human Legion Book 1)
Seventeen-year old Arun McEwan is eager to start his new life as a Marine Cadet. Just three more years of drills, combat exercises and brainwashing and he could qualify as a Marine. The alternative is death. When Arun forges an unlikely friendship with an alien scribe, he crashes into a world of treachery and conspiracy. How can he possibly survive three more years when every day brings a new deadly threat? But survive he must because his new alien allies show him glimpses of his destiny — a vision of a better future that only he can forge.
Kindle Price: $0.99
Click here to download this book. 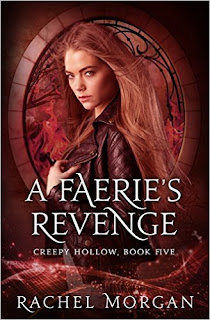 A Faerie's Revenge (Creepy Hollow Book 5)
Still reeling from a shocking revelation, guardian trainee Calla Larkenwood finds the threads of her world unraveling further when she’s accused of a horrifying crime she didn’t commit: A deadly magical disease has entered the Guild, threatening to wipe out every guardian—and someone is intent on framing Calla for it. With the Guild Council focusing their investigation on her instead of searching for the real criminal, Calla watches her dream of becoming a guardian rapidly slipping away. Time is running out, and as the lines between good and bad, right and wrong, begin to blur, whom can she turn to for help?
Kindle Price: $2.99
Click here to download this book. 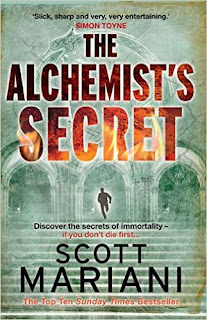 The Alchemist's Secret (Ben Hope, Book 1)
This book introduces hero Ben Hope, a former elite SAS soldier tortured by a tragedy from his past, who now devotes his life to rescuing kidnapped children. But when Ben is recruited to locate an ancient manuscript which could save a dying child, he embarks on the deadliest quest of his life. The document is alleged to contain the formula for the elixir of life, discovered by the brilliant alchemist Fulcanelli decades before. But it soon becomes apparent that others are hunting this most precious of treasures – for far more evil ends. It seems that everyone – from the Nazis of the past to the shadowy modern organisation known as Gladius Domini – wants to uncover the secrets of immortality. Teaming up with attractive American scientist Dr Roberta Ryder, Ben is led on a wild and dangerous trail from Paris to the ancient Cathar strongholds of the Languedoc, where an astonishing secret has lain hidden for centuries…
Kindle Price: $0.99
Click here to download this book. 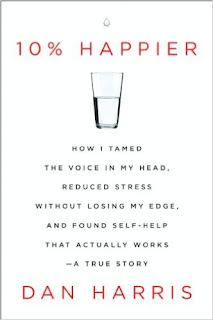 10% Happier: How I Tamed the Voice in My Head, Reduced Stress Without Losing My Edge, and Found Self-Help That Actually Works--A True Story
After having a nationally televised panic attack on Good Morning America, Dan Harris knew he had to make some changes. After learning about research that suggests meditation can do everything from lower your blood pressure to essentially rewire your brain, Harris took a deep dive into the underreported world of CEOs, scientists, and even marines who are now using it for increased calm, focus, and happiness. "10% Happier" takes readers on a ride from the outer reaches of neuroscience to the inner sanctum of network news to the bizarre fringes of America's spiritual scene, and leaves them with a takeaway that could actually change their lives.
Kindle Price: $1.99
Click here to download this book.