All Prices mentioned below are supposed to be valid till 11:59 PM US PST October 29th but Please double check the price before you download the book. Prices for eBooks changes every day (Sometimes, several times a day!)

Over You (Clean & Wholesome Romantic Suspense)
When Jessica Stevens temporarily moves in with her elderly aunt to help care for her, she plans to use the time to heal from a recent break-up. But when her aunt decides to do some remodeling on the old house, Jessica is dismayed to discover that the contractor is her ex-fiancé, a man who dumped her several years before. Helping distract her from her troubles are mysterious fifty-year-old letters she finds in her aunt's attic. The contents of the letters spur Jessica to do some digging, but as the truth of the past begins to be revealed, Jessica regrets ever finding the letters.
Kindle Price: $0.00
Click here to download this book.

Psychological: A Dangerous Mind (Psychological Mystery Thriller Suspense ) (Detective Medical Psychological Literary Fiction Contemporary Fiction)
Everything seems fine when Joshua moves his family out to the country. Thinking it was what his wife meant when she said she wanted to start a new life. Samantha doesn't like the fact that her husband has moved her family away from everyone they know. Things go from bad to worse when Joshua hears a voice in his head the first night at the house. The voice making him do things he doesn't want to do, his marriage is crumpling quickly when the dog goes missing and the only one not concerned about the dog is Joshua himself. Samantha catches on quickly that he's acting strange but only sees that he is changing from the man he use to be into a man she despises. No one knows the deep, harsh, thoughts that are going through Joshua's head. At least not until its too late to do something about it.
Kindle Price: $2.99
Click here to download this book. 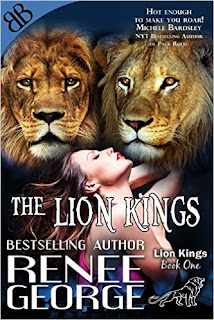 The Lion Kings
For six months, Madeline Granger has been overwhelmed by an almost magnetic pull that has kept her on the road, traveling all over the Midwest and erotically dreaming of two men… her lion kings. When she wakes up in Kansas, just outside the perimeter of a traveling carnival, it miraculously feels like coming home. But after she meets the two men who shouldn’t exist outside her own mind, it’s hard for her to reconcile that her dream lovers are two very real and sexy men, not imaginary. All she knows for certain is she wants them both. Adam Michael’s and his brother Cage, both lion-shifters, not only run Pantheros & Co Carnival, they are the stars. Making a home for his crew of misfits and outcasts was Adam’s dream. Cage was his most desperate rescue, and after a profound loss, Adam worries that Cage’s grief will drive him toward a brutality he can’t come back from. The last thing either lion-shifter expected was Madeline Granger. She might be the answer to Adam’s prayers, in more ways than one, if he can get Cage to look past his pain. But, can Adam and Cage see Madeline as more than a substitute Clary? And can Madeline rescue two Kings drowning in their own sorrow? Maddie might want The Lion Kings to rule her body, but is she strong enough to rule their hearts.
Kindle Price: $0.99Click here to download this book. 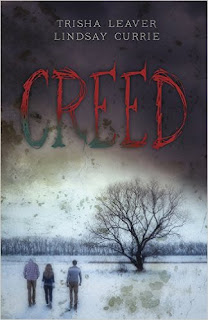 Creed
Three went in. Three came out. None even a shadow of who they once were. When their car breaks down, Dee, her boyfriend Luke, and his brother Mike walk through a winter storm to take refuge in a nearby town called Purity Springs. When they arrive, the emergency sirens are blaring and the small farming town seems abandoned. With no other shelter, they spend the night in an empty house. But they soon discover that not everything in Purity Springs is as it seems. When the town's inhabitants suddenly appear the next morning, Dee, Luke, and Mike find themselves at the mercy of the charismatic leader, Elijah Hawkins, who plans to make Dee his new wife. Elijah's son, Joseph, offers to help them escape . . . but the price of his help may be more than Dee and her friends can bear.
Kindle Price: $1.99
Click here to download this book. 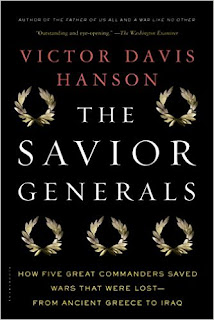 The Savior Generals: How Five Great Commanders Saved Wars That Were Lost - From Ancient Greece to Iraq
Leading military historian Victor Davis Hanson returns to non-fiction in The Savior Generals, a set of brilliantly executed pocket biographies of five generals who single-handedly saved their nations from defeat in war. War is rarely a predictable enterprise--it is a mess of luck, chance, and incalculable variables. Today's sure winner can easily become tomorrow's doomed loser. Sudden, sharp changes in fortune can reverse the course of war. These intractable circumstances are sometimes mastered by leaders of genius--asked at the eleventh hour to save a hopeless conflict, created by others, often unpopular with politics and the public. These savior generals often come from outside the established power structure, employ radical strategies, and flame out quickly. Their careers often end in controversy. But their dramatic feats of leadership are vital slices of history--not merely as stirring military narrative, but as lessons on the dynamic nature of consensus, leadership, and destiny.
Kindle Price: $1.99Click here to download this book. 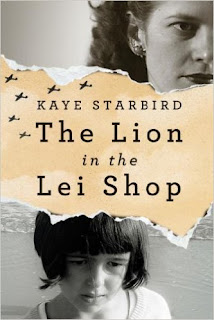 The Lion in the Lei Shop (Nancy Pearl's Book Lust Rediscoveries)
Marty Langsmith is only five years old when a strange thunder rolls across the Hawaiian sky and life as she knows it explodes into flames. With her mother, April, and hundreds of other women and children, Marty is evacuated from the ruins of Pearl Harbor and sent into a brave new world overshadowed by uncertainty and grief. Feeling abandoned by her deployed Army officer father in the wake of the attack, Marty is haunted by nightmares of the lion in the lei shop, a creature that’s said to devour happy children. But as the years pass, mother and daughter slowly begin to embrace their new life and make peace with the pain of the past. Spanning the tumultuous war years, The Lion in the Lei Shop deftly recaptures a dramatic chapter of American history.
Kindle Price: $1.99Click here to download this book.