All Prices mentioned below are supposed to be valid till 11:59 PM US PST October 30th but Please double check the price before you download the book. Prices for eBooks changes every day (Sometimes, several times a day!)

Becoming Us: College love never hurt so good. (London Lovers Series Book 1)
It tells the story of Finley, a college student in her final year, she's living and loving college life determined to get the full experience - partying, drinking and boys ! And one boy in particular Jake LeShae when he finally decides to notice Finley she thinks it's going to be the start of something wonderful - sadly Jake puts her in the friend zone, leaving Finley feeling confused as to where their 'relationship' is going, but after a night out their relationship is defined once and for all in a heart wrenching situation!
Kindle Price: $0.00
Click here to download this book.

Dead Man Walking (Detective Mark Heckenburg Book 4)
Consigned to a remote valley in the Lake District, DS Mark ‘Heck’ Heckenburg is getting used to a quieter life – a far cry from the bloodbath of his former division, the Serial Crimes Unit. But wherever Heck goes, trouble is never far behind. Unknown to Heck, ‘The Stranger’ has returned. Last seen on Dartmoor ten years earlier, this prolific serial killer has found a new home. As a dense, frozen mist descends on the Lakes, The Stranger returns to his old ways, starting with two young women lost high on the hills. Only one girl is ever found – barely alive – but able to confirm Heck’s worst fears. As The Stranger lays siege to the remote community, Heck helplessly watches as the killer plays his cruel game, letting off his trademark call before viciously picking off his victims. And with no way to get word out of the valley, Heck has no choice but to play ball…
Kindle Price: $2.99
Click here to download this book. 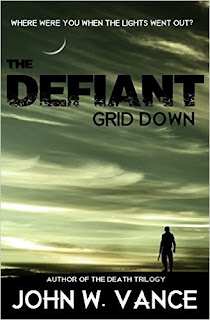 Grid Down: The Defiant
For years a few have warned that a day of reckoning was coming, but those warnings went unheeded and even mocked. Then that day came…When Nicholas McNeil, a father and dedicated husband, turned out the lights in his suburban home Sunday night, they would never turn on again. During the early Monday morning hours, a spectacular and well coordinated attack destroys the grid and brings the United States to its knees. Nicholas was a man who had heeded the warnings to a degree, but most did not. With a society unprepared and a government overwhelmed, panic turns to chaos and soon violence. Fighting for what resources are still available, Nicholas and his family also find themselves fighting to survive as society turns on itself.
Kindle Price: $0.99
Click here to download this book. 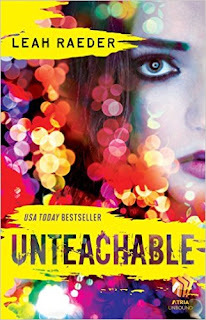 Unteachable
Maise O’Malley just turned eighteen, but she’s felt like a grown-up her entire life. The summer before senior year, she has plans: get into a great film school, convince her mom to go into rehab, and absolutely do not, under any circumstances, screw up her own future. But life has a way of throwing her plans into free-fall. When Maise meets Evan at a carnival one night, their chemistry is immediate, intense, and short-lived. Which is exactly how she likes it: no strings. But afterward, she can’t get Evan out of her head. He’s taught her that a hookup can be something more. It can be an unexpected connection with someone who truly understands her. Someone who sees beyond her bravado to the scared but strong girl inside. That someone turns out to be her new film class teacher, Mr. Evan Wilke. Maise and Evan resolve to keep their hands off each other, but the attraction is too much to bear. Together, they’re real and genuine; apart, they’re just actors playing their parts for everyone else. And their masks are slipping. People start to notice. Rumors fly. When the truth comes to light in a shocking way, they may learn they were just playing parts for each other, too.
Kindle Price: $1.99
Click here to download this book. 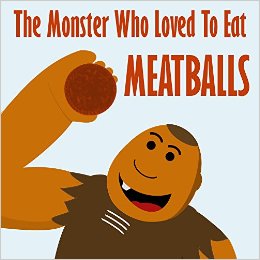 Children's Book: The Monster Who Loved To Eat Meatballs
This is a story about a monster who loves eating meatballs and he frightens the villagers into making him meatballs every day. One day, a little girl confronts the monster as to why he continues to scare them. Together, the little girl and the monster come up with a solution! She'll teach him how to make meatballs on his own. Not only does the monster become very good at making meatballs, he becomes the best meatball maker around! In the end, the monster no longer seeks to pillage, but he becomes a valuable member of the village!
Kindle Price: $1.99Click here to download this book. 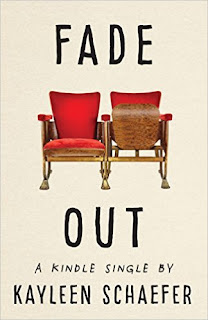 Fade Out (Kindle Single)
In 2012, at the age of 33, Jarrett Schaefer took off from Santa Cruz, California, abandoning his career, his family, and his life. And his was no ordinary life. In the span of five years, he had shot to success as a filmmaker and achieved a minor level of celebrity in Hollywood as the writer and director of "Chapter 27," starring future Oscar-winner Jared Leto as John Lennon’s killer Mark Chapman. Then, to the surprise and concern of his friends and family, he walked away from it all, without telling anyone where he was going. ‪After his disappearance, his sister, writer Kayleen Schaefer, needed to find out why he left everything—and everyone—behind, a journey that would take her to Mazatlán, Mexico, in hopes of locating her brother. She needed to learn why he left—and in doing so, figure out who she was without him.
Kindle Price: $2.99Click here to download this book. 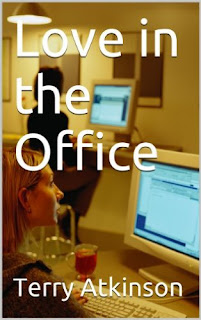 Love in the Office
"Lesley and the man of her dreams have set their wedding date. She's happy, excited and in love.
Then Brett, with the stunning blue eyes and well-toned body arrives as a consultant on a busy project at her work place. She didn't plan this! How will Lesley solve her emotional turmoil?"
Kindle Price: $0.99
Click here to download this book.
Posted by Joisel at 12:46 AM