All Prices mentioned below are supposed to be valid till 11:59 PM US PST October 31st but Please double check the price before you download the book. Prices for eBooks changes every day (Sometimes, several times a day!)

The Billionaire's Counterfeit Girlfriend (The Pryce Family Book 1)
Hilary Rosenberg doesn't believe in love. She only goes out with nice guys who won't expect passionate romance--until a notorious womanizer demands she repay a favor with four weeks of counterfeit dates. Billionaire playboy Mark Pryce doesn't do relationships. In fact, he's never been with the same woman for more than three months. But when his matchmaking mother tries to sabotage his bachelorhood, he needs a stand-in girlfriend. Luckily, Hilary owes him big time. But as they start to spend more time together, he finds himself wanting to break his first rule: never get too close...
Kindle Price: $0.00
Click here to download this book.

Dark Place to Hide
About to break the news to his wife, Diane, that he’s infertile, criminology expert, Harper Penn, gets a call to say she’s been rushed to hospital with a miscarriage. Five days later, when Diane fails to return from the village shop, police think she must have taken off with a secret lover, but Harper is convinced the online messages are not from her. In the same Hampshire village, plucky seven-year-old Clara has retreated into a make-believe world after an accident. Then she, too, goes missing. As Harper sets out on a desperate quest to find them both, he has no idea what he’s up against. Could the threat be closer than he thinks? And is there a hidden message in Clara’s fairy tales?
Kindle Price: $1.51
Click here to download this book. 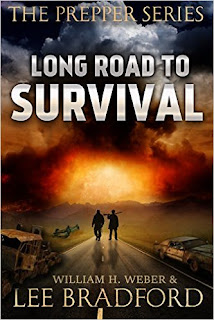 Long Road to Survival: The Prepper Series
After container ships carrying black-market nuclear bombs are detonated in American port cities, millions are killed and the country is thrown into panic. In Greenwood, Nebraska, Paul Edwards learns about the devastating terrorist attacks on the news. As the power grid goes down, his fear is magnified by the knowledge that his wife and daughter are a thousand miles away in Atlanta. When his prepper father-in-law, Buck, insists on being part of the rescue, things go from bad to worse. Paul and Buck have hated each other for years. Now, with deadly radiation sweeping in from the coast and the rule of law crumbling around them, the two men must put aside their long-standing feud in a desperate race to bring their family to safety… that is, if they don't kill each other first.
Kindle Price: $0.99Click here to download this book. 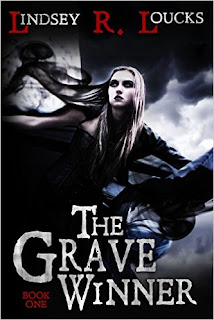 The Grave Winner
Leigh Baxton is terrified her mom will come back from the dead -- just like the prom queen did. While the town goes beehive over the news, Leigh bikes to the local cemetery and buries some of her mom’s things in her grave to keep her there. When the hot and mysterious caretaker warns her not to give gifts to the dead, Leigh cranks up her punk music and keeps digging. She should have listened. Two dead sorceresses evicted the prom queen from her grave to bury someone who offered certain gifts. Bury them alive, that is, then resurrect them to create a trio of undead powerful enough to free the darkest sorceress ever from her prison inside the earth. With help from the caretaker and the dead prom queen, Leigh must find out what’s so special about the gifts she gave, and why the sorceresses are stalking her and her little sister. If she doesn’t, she’ll either lose another loved one or have to give the ultimate gift to the dead – herself.
Kindle Price: $0.99
Click here to download this book. 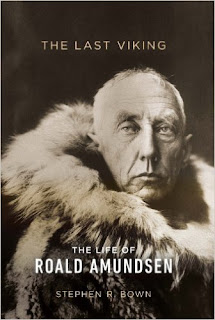 The Last Viking: The Life of Roald Amundsen (A Merloyd Lawrence Book)
This book unravels the life of the man who stands head and shoulders above all those who raced to map the last corners of the world. In 1900, the four great geographical mysteries—the Northwest Passage, the Northeast Passage, the South Pole, and the North Pole—remained blank spots on the globe. Within twenty years Roald Amundsen would claim all four prizes. Renowned for his determination and technical skills, both feared and beloved by his men, Amundsen is a legend of the heroic age of exploration, which shortly thereafter would be tamed by technology, commerce, and publicity. Féted in his lifetime as an international celebrity, pursued by women and creditors, he died in the Arctic on a rescue mission for an inept rival explorer.
Kindle Price: $1.99Click here to download this book. 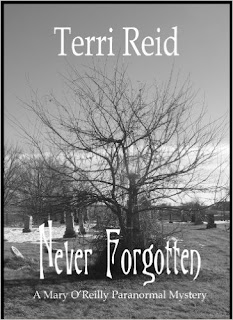 Never Forgotten (Mary O'Reilly Series Book 3)
Bradley crept forward between the tall narrow aisles created by the shelves. Just before he reached the corner he heard a thump, the sound of a body hitting the floor. He rushed forward into the corner of the room. The curse had killed another law enforcement officer in Stephenson County – this time it struck on Christmas Eve. Nearly a dozen good men had died in the past four years and they all had the same unexplained symptoms. And Mary knew Bradley was next.
Kindle Price: $2.99Click here to download this book.