All Prices mentioned below are supposed to be valid till 11:59 PM US PST November 1st but Please double check the price before you download the book. Prices for eBooks changes every day (Sometimes, several times a day!)

One Sweet Summer: One Sexy Summer (A Maine Island Romance Book 1)
Riley Carter’s never found anyone who could live up to her first love, Thorsen Black. So imagine her surprise when, twelve years later, he shows up at the unique and quirky inn she manages on Mermaid Isle, off the coast of Maine. The sweet, gangly teen has matured into a sexy and handsome man, leaving her heart desperate to pick up where they left off. It’s impossible for her to ignore the way her body instantly reacts to his touch and he's just the distraction she needs when she finds out the owners of the Siren Song Inn are selling it to Holt Enterprises. Holt only has eyes on the bottom line and Riley knows they’ll strip the inn of everything that makes it special, ruining not only the Siren, but devastating the island economy. While fighting to save her beloved inn, Riley falls in love with Thorsen all over again. But when she’s faced with the real reason Thorsen’s on the island and his unbearable betrayal, will she be able to save the inn and her chance at true happiness?
Kindle Price: $0.00
Click here to download this book.

Rise of the Enemy: A gripping international suspense thriller (The Enemy Series Book 2)
For the past 19 years, Agent Carl Logan has devoted his life to his work for the Joint Intelligence Agency; an intelligence agency controlled jointly by the USA and the UK. Policing, espionage and elite armed forces combined in one secretive and powerful network. When the JIA sends Logan on a routine mission to Russia it should have been simple. But when his cover is blown, he's transported into a world of hell he thought he would never see again. Something is different this time, though, and before long doubts begin to surface in Logan's mind as to why the assignment went so wrong. Logan has never been short of enemies. And sometimes the enemy is closer to home than you think.
Kindle Price: $0.99
Click here to download this book. 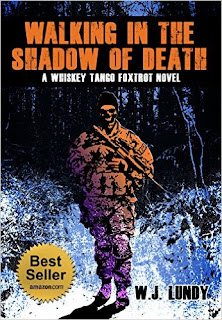 Walking In The Shadow Of Death (A Whiskey Tango Foxtrot Novel Vol 4)
A plane crash in the wilderness of Newfoundland. A band of survivors connected by a profound sense of duty. Home was the mission, but confronted with an enemy greater than the Primal virus they are sidetracked to once again put their unique skills to use for the greater good. The fight continues as Brad and his men struggle to survive in a post-apocalyptic world where the Primals are only a part of the danger.
Kindle Price: $0.99
Click here to download this book. 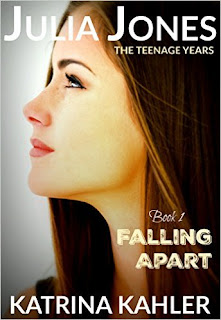 Julia Jones - The Teenage Years: Book 1- Falling Apart - A book for teenage girls
Julia is now a typical teenage girl but has abruptly and unexpectedly been thrown into turmoil by the forced relocation of her family back to their old home in the city. She attempts to come to terms with her dilemma by reconnecting with her old friend, Millie Spencer and also the love of her life, Blake Jansen. However, on arrival at her old house, she soon learns that circumstances have changed dramatically during the time she was away and the days that follow seem to unravel in a series of escalating drama and events. Although Julia tries to maintain control, her life seems to snowball towards an all consuming disaster which she appears powerless to prevent. Julia finds that her choices surrounding love, friends, wild parties and rebellious teenage behavior tend to result in dire consequences and repercussions of the worst kind. What is the cause of Julia's misery and how does she deal with the challenges in her path?
Kindle Price: $0.99Click here to download this book. 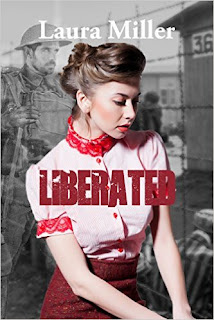 Liberated
A true story of two sisters who survived the hellish conditions in the Bergen-Belsen concentration camp. Following their rescue, a Canadian and an English soldier help them put their shattered lives back together. In December 1944 a German family of seven were captured and convicted of war crimes for harboring Jews. The woman and her sister were interned in Bergen-Belsen Concentration Camp from December 1944 until Liberation on 13 April 1945.
Kindle Price: $2.99Click here to download this book. 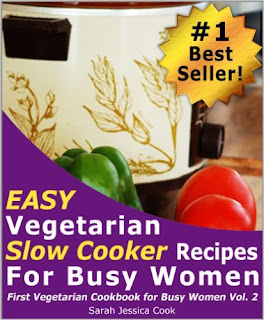